They move without legs, never blink, and can bite even when they’re dead! You can’t hear them and rarely see them, but you know they’re out there.

The secretive life of slithering snakes brought nearly 50 residents to a recent lecture on these mysterious reptiles, sponsored by Skidaway Audubon. Mary Lynn Seremet, a local herpetologist, presented a compete dossier on each of the snakes known to inhabit Skidaway Island, in an effort to educate residents and allay many of their fears. She also provided recommended actions for residents and pet owners who encounter a snake.

According to Seremet, one third of adults have ophidiophobia, an irrational fear of snakes. This is attributed to many myths surrounding snakes, and a failure to understand them.

She explained that in the United States, there are approximately three fatalities a year due to snake bites and they are mainly due to handling exotic snakes. This is opposted to 25 deaths a year due to lightening strikes.

“The chance of dying is very small, and the benefits of snakes are great, as they aid in rodent and insect control," Seremet said. "Small snakes are gardeners’ friends, feeding on grubs, snails and slugs, while larger snakes eat rats, mice, and voles."

Georgia has 46 species of snakes, and of these, 35 are in coastal Georgia. Only six are venomous, including copperheads, cottonmouths, timber rattlesnakes, pigmy rattlers, eastern diamondbacks and coral snakes. She explained that venomous snake bites usuaally are caused by handling the snake, trying to kill it, stepping on it, or putting one’s hand into snake habitat before looking.

While most snakes will flee if confronted, copperheads will freeze. Of all the venomous snakes in our area, Seremet said copperheads are the most likely to bite but the venom is fairly mild. In contrast, the eastern diamondback rattler has powerful venom. Cottonmouths, also called water moccasins, are not particularly aggressive but will bite if stepped on or picked up.  The brightly colored coral snake is very reclusive but will bite if handled. Timber rattlers are docile, while pigmies are very secretive.

Among the non-venomous snakes, the colorful king snake is indeed king, as it eats copperheads. Slender garter snakes are docile, while the big black racers, which can exceed six feet in length, are very fast. The equally large indigo snake is an increasingly rare, threatened species due to habitat loss, but is docile, explained Seremet.

What should you do when encountering a snake? Seremet strongly recommends leaving it alone. If bitten, don’t panic, but go to the hospital. Do not attempt to kill, capture, or bring in the snake. The medical staff will test your blood to determine the needed course of treatment. If a pet is bitten, Seremet recommends removing its collar in case swelling develops, and call the emergency vet immediately. Pet fatalities are rare unless it is a very old dog, she added. 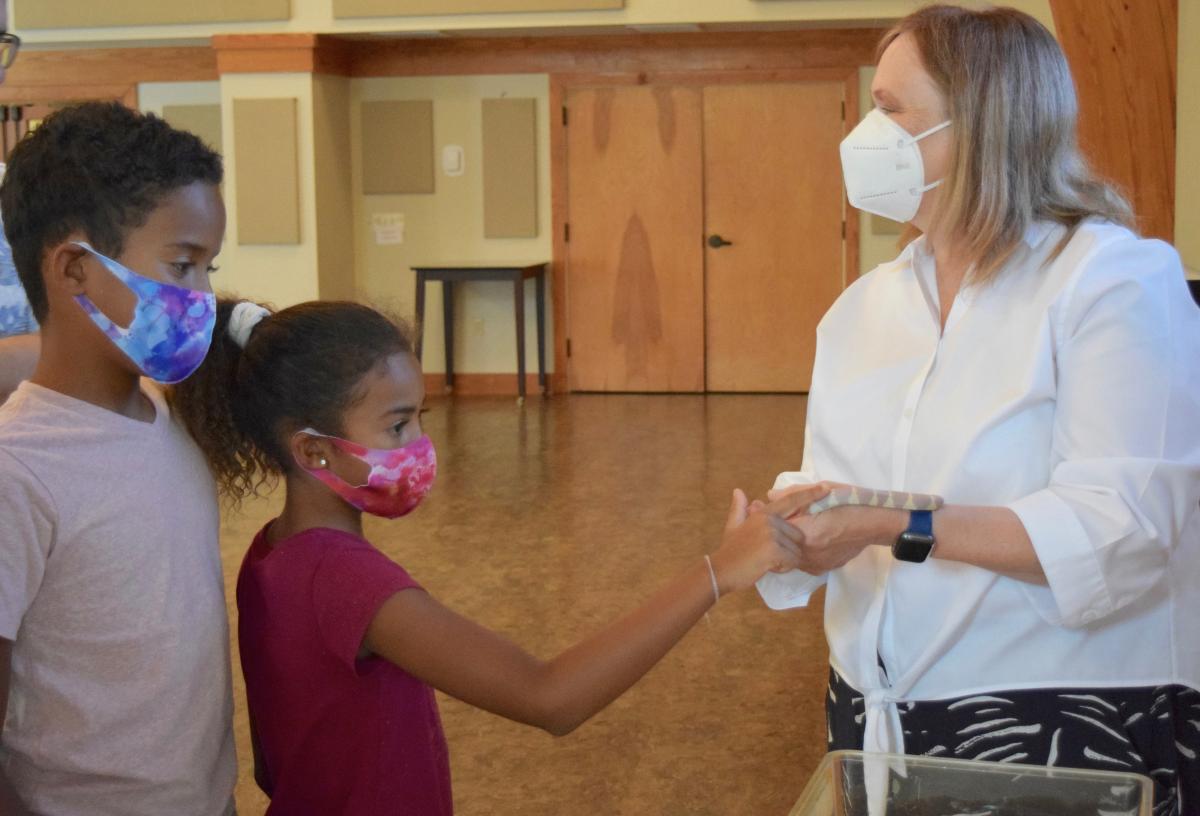 This article was originally published by The Landings Association on their website. Visit landings.org to read the original article. https://landings.org/news/2021/10/28/skidaway-audubon-news-skidaway-snakes-demystified