It’s amazing what a small group of volunteers can do with a few chainsaws and a lot of dedication.

The Tallow Terrors, a team of volunteers scouring Skidaway Island for the notorious Chinese Tallow trees, recently achieved a milestone…felling tallow tree number 50,000 in their 10th year of operation.

The Chinese Tallow is a fast-growing, invasive tree that can wipe out an ecosystem by forcing out native vegetation, thus reducing habitat diversity. This, in turn, reduces habitat for migrating songbirds and other wildlife.

The Nature Conservancy lists the Chinese Tallow as one of the nation’s 10 worst alien plant invaders. The Georgia Wildlife Federation calls it one of the greatest threats to habitat in South Georgia. The trees are prohibited at The Landings under The Architectural Design and Development Guideline (page 30, section 4.5.6) and must be removed immediately upon discovery.

The Skidaway Audubon Tallow Tree Removal Project began in 2007, spearheaded by resident volunteer Ann Fenstermacher, to protect Skidaway’s beautiful maritime forest. In two years, the Tallow Terrors were formed under the leadership of Don McCulloch. Their mission is to “seek and destroy” the Chinese Tallow. Ed Conant now leads these dedicated volunteers who, wielding chainsaws and herbicide, spend most Monday mornings fulfilling their mission.

The tallow project, one of many projects sponsored by Skidaway Audubon, was recognized by the Georgia Urban Forest Council as an Outstanding Civic Organization. It operates under the auspices of The Landings Association’s Public Works Department and with the full cooperation of The Landings Club.

The Tallow Terrors remove tallows throughout the island, including private property, at no charge to the homeowner. Residents are advised to pull up any small tallow seedlings, but if it cannot be pulled, do not cut it because it will grow back. Instead, email Public Works (PW@landings.org) or Ed Conant (edconant@aol.com). Conant will have a team member inspect the tree, and if it is a tallow, the team will remove it and apply herbicide to the stump.

The tallow can be identified by its two-to-three-inch heart-shaped leaves, resembling aspen leaves, that turn red, yellow, and orange in the fall. Also known as Popcorn trees, Chinese Tallows were introduced to the U.S. in the 1700s from eastern Asia and now can be found from North Carolina to eastern Texas, and in California.

For more information about the Tallow Terrors or other Skidaway Audubon projects, visit skidawayaudubon.org. 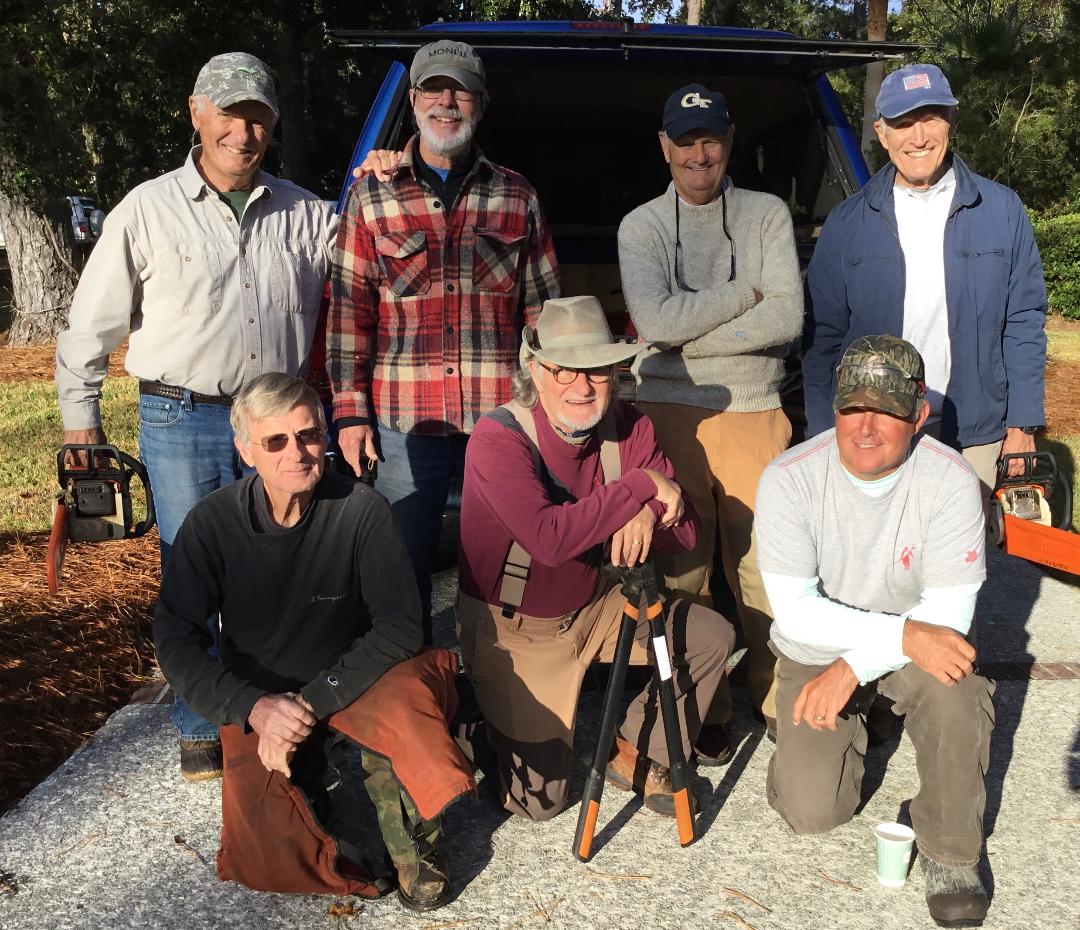 Among the Tallow Terrors on hand for the felling of tallow tree number 50,000 are (front row, L to R) Bart Davis, John Taylor, and Scott Warden, and (back row, L to R) Ed Conant, Brian Burtnik, Al Rosenbaum, and
David Frothingham. Not pictured are Steve Rice and Pete Altman. 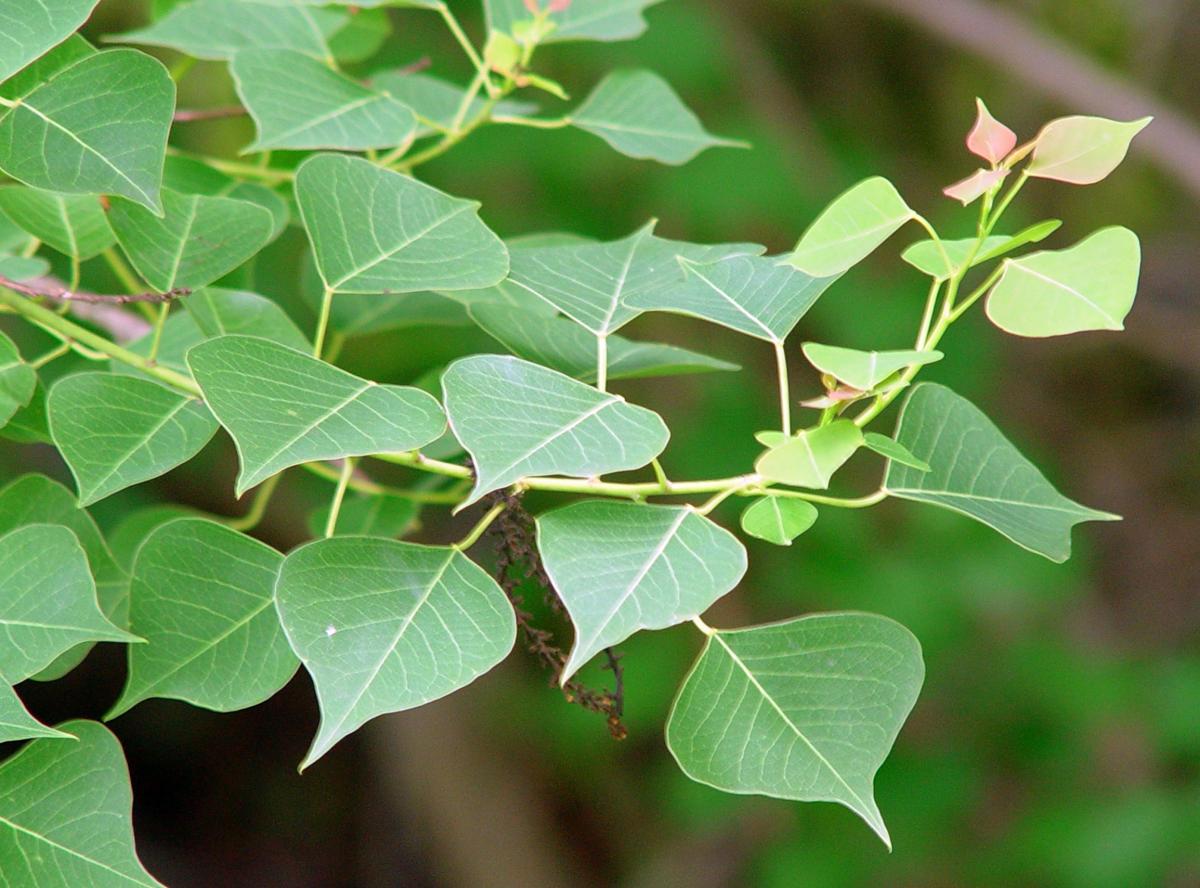 Pictured (left) are leaves of a Chinese Tallow Tree.

This article was originally published by The Landings Association on their website. Visit landings.org to read the original article. https://landings.org/news/2019/12/12/tallow-terrors-set-record