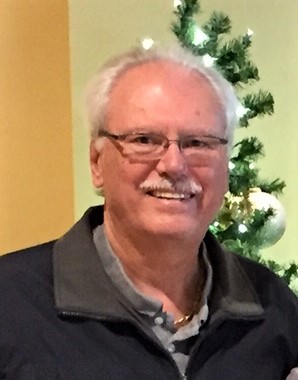 If you ever have donated to Toys for Tots, attended a Kiwanis function, or worked with the local Habitat for Humanity, chances are you have glimpsed Bob Longueira doing one of the many jobs he loves. Longueira is the recipient of The Landings Association’s Volunteer of the Year Award for 2018.

A Landings resident since 2000, Longueira is a true believer in giving back to the community in which he lives. When he is not working with the organizations mentioned above, he can be found putting in hours with some of his other favorite organizations, including Landings Military Family Relief Fund, The Savannah Marine Corps League where he is Commandant, Adaptive Golf Clinic for challenged Veterans, the Veterans Day Parade, St. Patrick’s Day Parade, and Military Break Night…to name just a few.

Most of Longueira’s early work life was spent in the United States Marine Corp, so it is no surprise he believes in giving back to the community, and his career with AT&T reinforced serving others. He said he is humbled to be chosen as the Volunteer of the Year.

“Being selected as Volunteer of the Year from among so many deserving volunteers really is an honor that I am humbled to receive,” he said. “From my first volunteer opportunity as a school crossing guard in the sixth grade in New York City to today helping out wherever I can, is a rewarding experience. Much of my volunteer efforts mirror my personal experiences, so working with Habitat for Humanity, helping Veterans and Active Military, Toys for Tots, and helping here in The Landings are my way of paying back for blessings I have received.”

There is no denying that Longueira is loved and respected by the people who work alongside him in all his volunteer associations. Bruce Bissett has worked with Longueira for more than 11 years in his capacity as Construction Supervisor and as an Interim Executive Director for Habitat for Humanity. He said Longueira has been an integral part of Habitat’s mission for 17 years.

“Bob, as a regular member of the Wednesday Crew, dedicated thousands of hours in the heat of summer and the frosty cold of winter to do everything from framing walls, installing windows and doors, doing interior finish work, and just about everything else it takes to make a house a home. His dedication, tireless devotion to accomplishing whatever task needs to be done, and passion for helping accomplish the Habitat mission have been noteworthy.”

“Bob is highly respected by all of our volunteers as well as our participants,” he said. “He has had a positive impact on all the adaptive golfers he has worked with and has helped them overcome their limitations and learn the basics of golf. Bob has taken personal time to assist many of our golfers when they are on the course playing a few holes and even as many as nine holes. Many of our participants have PTSD among other injuries, and Bob’s personality and understanding help put them at ease. Without Bob, I don’t think we would have come as far as we have as an organization.”

Patience and caring for others are two of Longueira’s strong suits, according to Landings Security Director Tim Cook.

“Bob has served as a Main Gate Volunteer for more than 15 years,” Cook said. “The Main Gate Volunteers save The Landings Association approximately 53 staff hours per week answering phones at the Main Access Facility, preauthorizing expected arrivals, and assisting residents. Bob is extremely supportive of our team and is very well respected and appreciated by staff, fellow volunteers, and residents. His dedication, commitment, ability, and desire to positively contribute to the Landing community is astounding.”

The Volunteer of the Year Award is intended to promote and reward volunteerism at The Landings. The recipients are those individuals who have gone above and beyond expectations to offer their time, talent, and expertise to a cause which benefits others.

To qualify for nomination, the individual or group must be members in good standing at The Landings Association. They must have an exemplary record of volunteer service which has resulted in enhancing the reputation of The Landings and its citizens, provided continued service within the Landings community resulting in the improvement of the quality of life, and/or the visual beauty of The Landings. Also, the resident cannot have been recognized for this award in the past three years.

Landings Association General Manager/COO Shari Haldeman said she truly is in awe of the amount of volunteerism that takes place at The Landings. She added that volunteers like Longueira make a choice to impact positively the community and shape its character.

“These individuals exercise responsibility and accountability and display their commitment to making a difference,” she said. “They truly are the foundation of our community, and the Volunteer of the Year program is an opportunity to thank them and celebrate the contributions they make.”

The community today is what it is because of its long history of volunteerism, Haldeman said.

“Today’s volunteers not only are important to what is going on right now in our community, but they are expressing commitment to the future of the community as well,” she added. “The positive work they do will be here for future Landings generations to benefit from down the road.”

LeeAnn Williams, President of The Landings Association’s Board of Directors, agrees with Haldeman that volunteerism has played an important role in shaping the Landings community.

“Volunteerism is an integral part of life at The Landings,” she said. “I am fortunate to serve with Bob on the Landings Military Family Relief Fund, and his dedication to serving others is inspiring.”

This article was originally published by The Landings Association on their website. Visit landings.org to read the original article. https://landings.org/news/2019/03/01/bob-longueira-named-2018-volunteer-year