“There is nothing permanent except change” - Heraclitus

I have learned to expect the unexpected; I find that it makes life more palatable and, well, change is going to happen anyway, so I may as well just roll with it. On October 3, Landings Association President Mark Winters resigned from the Association’s Board, as he had sold his home at The Landings (much more quickly than he had expected) and was moving on to other pastures. In that moment, the Presidential baton (gavel really) passed to me. Just when I thought I was coasting along to the end of my last few months on the Board…

If you were wondering how that occurred logistically, it was a function of TLA Bylaw Section 4.5: “A vacancy in any office arising because of death, resignation, removal, or otherwise may be filled by the Board for the unexpired portion of the term. In the event of a vacancy in the office of President, the Vice President shall become the President and the Board shall elect a new Vice President.”

While I am happy to fulfil the role until the end of 2022, it was quite unexpected. Also, in following the above mandate, the Board needed to appoint a new Vice President from among the current Board members. We decided to appoint Bob Wood. Since the VP is charged with chairing the Governance Committee meetings, and Bob is the next most senior board member currently on that committee, his appointment made sense.

Next, the Board needed to consider appointing someone to fill Mark Winters’ Board vacancy through the end of his term, which ends December 31, 2023. Enter TLA Bylaw 3.4: “Vacancies in the Board caused by any reason, except the removal of a director by a Majority of the total Association vote, may be filled by a vote of the Majority of the remaining directors, even though less than a quorum, at any meeting of the Board of Directors. The successor so selected shall hold office to fulfill the term that is vacant for the remainder of that term.”

There are no further guidelines for how the Board is to fill a Board vacancy, so the Board must do its best with the information at hand at the time. Though the Bylaws do not direct the Board to consider recent candidates who were vetted and ran but were not elected, that seemed to be a logical starting place. Some of you may recall that Mark ran and was not elected but was later appointed by the Board to fill a vacancy.

Last year. the Nominating Committee interviewed 16 applicants and narrowed down that pool to six candidates who ran for three positions. Obviously, all six were very strong candidates to have made that cut. As the Nominating Committee Chair for the past two years, a candidate who was not elected immediately stood out to me as someone who would be an excellent choice. Carol McCarthy has a background in law, public administration, and mediation. Not to mention her calm and professional demeanor that impressed the entire Nominating Committee. After suggesting Carol, the Board voted to appoint her to fulfill the remainder of Mark’s term. We welcome Carol and thank her for accepting this responsibility.

Last, but certainly not least, we soon will be welcoming three new board members for the 2023 – 2025 term. Tomorrow (October 27) is the last day to vote, so if you have not already, please don’t wait any longer. Click here to cast your vote. Click here to read candidate bios.

“Look back and be grateful. Look ahead and be hopeful. Look around and be helpful.” – Unknown 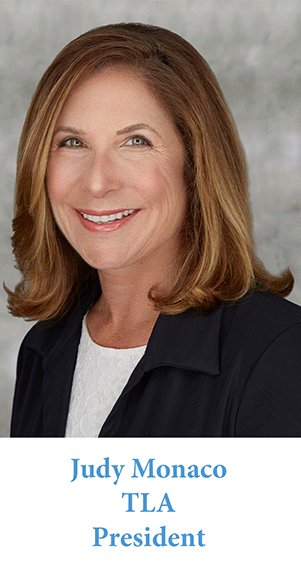 This article was originally published by The Landings Association on their website. Visit landings.org to read the original article. https://landings.org/presidents-update-10-26-2022