In The Landings early years, if you lived on the marsh, walked on woodland trails through undeveloped sections of the island, or were a groundskeeper tasked with protecting golf fairways and greens, it was not uncommon for you to encounter a feral hog and her piglets. Wild pigs rarely pose a threat to humans, but they can turn over a lawn, a fairway, or a green in a single night. Plus, they’re a particular threat to the health of salt marshes, where they trample the cordgrass and devour the mussels that trap the sediment critical to forming hummocks and keeping the marsh as a whole above high tide.

Each year, wild pigs cause approximately $150 million in damage in Georgia and more than $2.5 billion in damage nationwide. They have the greatest reproductive potential of any animal their size. Sows start breeding as young as four to six months old. They can have two litters per year averaging four to six piglets. And wild hogs can and eat anything! They are considered one of the world’s top 100 worst invasive species.

As seen in the 1968 Field & Stream Magazine ad below, wild hogs were in plentiful supply on Skidaway right up to the start of development. The gradual onslaught of people, homes, and amenities forced them deeper and deeper into undeveloped areas. It's rare to see one in The Landings today. However, Ossabaw is a different story. The feral hog population there is estimated at 5,000! 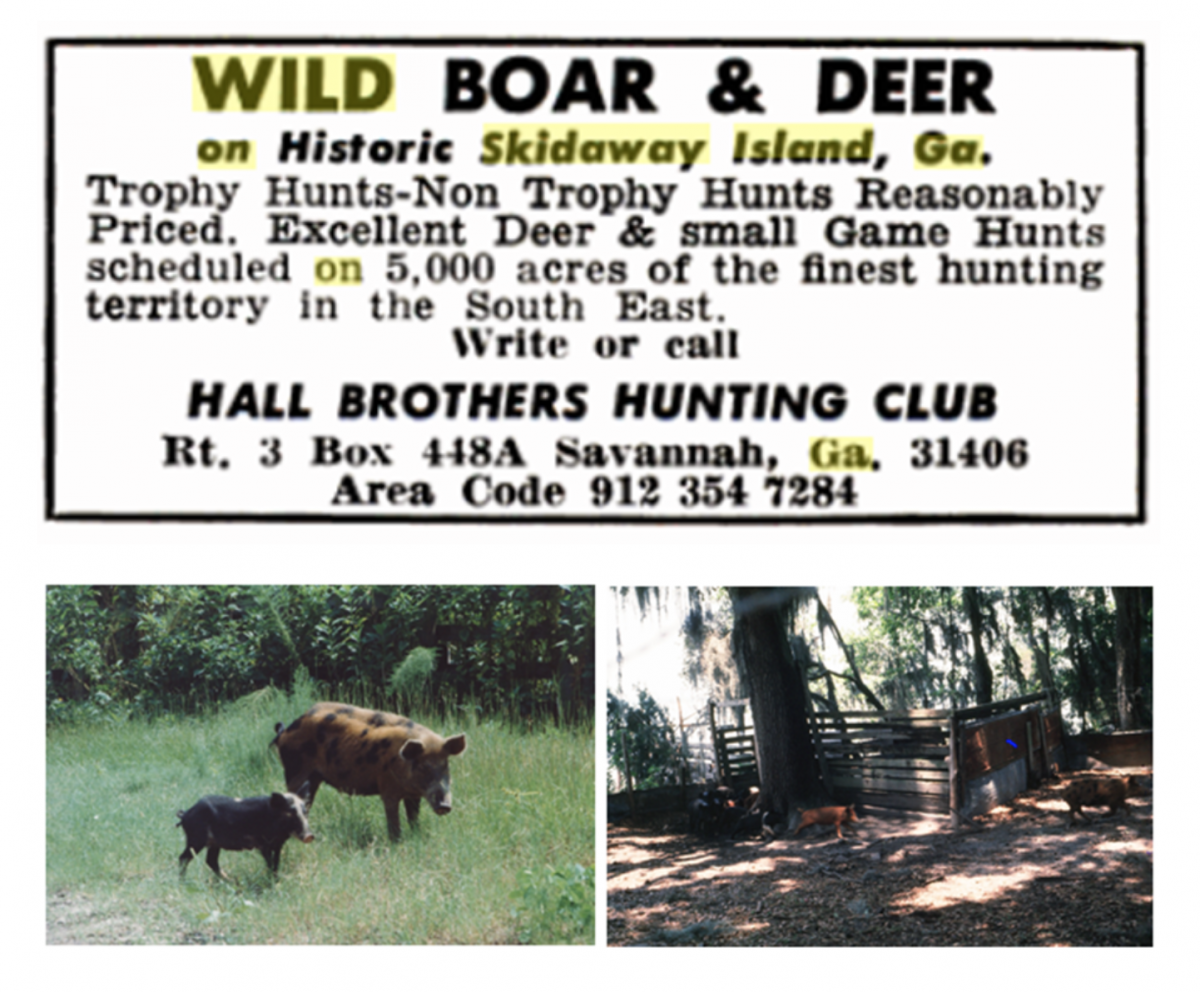 This article was originally published by The Landings Association on their website. Visit landings.org to read the original article. https://landings.org/news/2022/09/08/50th-anniversary-golden-nugget-week-wild-boar