From two young boys looking for food to serving more than 20 million meals nationwide to low-income children each year, Kids Café has made a huge difference in the lives of many, and it all began with concerned Landings residents. 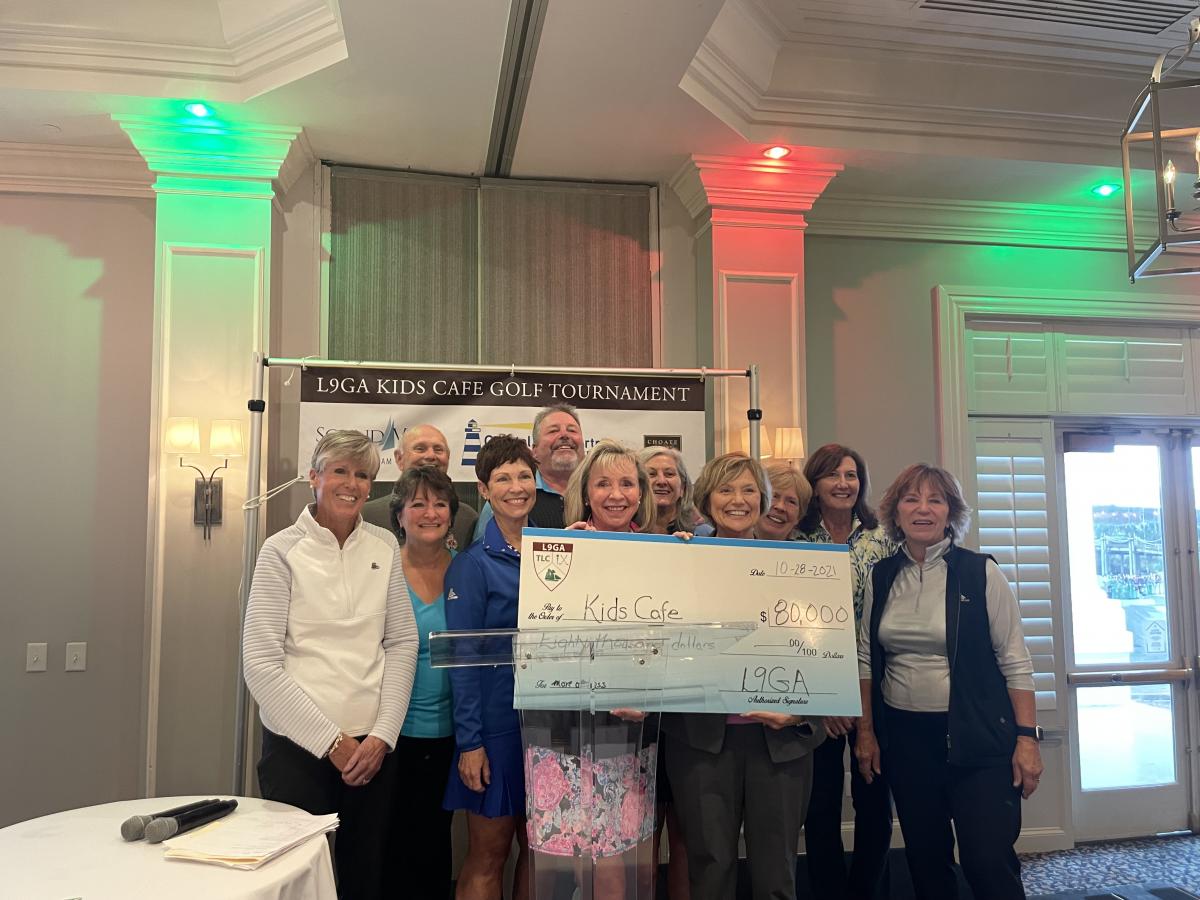 In 1989, two small, hungry boys were discovered after they broke into a local Savannah Community Center searching for food. Several residents of The Landings saw the article about this event in the Savannah Morning News and decided they needed to do something to help. Those residents included Betty Barnes, Grace Neises, and Joe Dobransky (who are all now deceased), as well as Nancy Larsen and Gary Bocard, who still support the mission of Kids Café today. At first, they coordinated picking up food from The Landings Golf & Athletic Club's restaurants, caterers, and any place that was willing to donate leftover meals and food. They then would deliver what they gathered to local community centers, churches, and other places children could get to after school. The program became known as Kids Café.

Eventually, the need for meals grew to the point that Kids Café used a local school cafeteria to make the 300 daily meals. The group also recognized the need to provide a safe haven, after-school tutoring and homework help, and added that to its offering. The program was so successful that it was adopted by Feeding America in 1993. Today, there are Kids Café Programs in more than 40 states, serving more than 20 million meals nationwide to those needing help. It is a requirement that all Kids Cafés offer the academic aspect to help with academic improvement and provide the help that these children may not be able to receive at home. In 2010, the school board decided to renovate the school where Kids Café was using the kitchen, and so the Second Harvest Board of Directors decided to build their own building. When the Board was making the decision on building the kitchen, Grace Neises was an advocate for increasing the number of children we were able to serve and helped with the fundraising.  She passed during the construction and never got to see the finished kitchen, which was named in her memory: Grace’s Kitchen.

Kids Café Savannah is a program of America’s Second Harvest of Coastal Georgia, which has 241 partners that utilize the food bank for their programs. Second Harvest provides the food for more than 6,000 children’s backpacks weekly, school pantry programs, and other low-income feeding programs. In 2020, Kids Café Savannah served more than one million meals. Last year, Kids Café provided more than 860,000 meals. Although there are 85 Kids Cafés in eight Georgia counties, the need is greatest in Savannah, and 90 percent of the meals served are  in Savannah.

The Landings Ladies 9 Hole Golf Association (L9GA) decided in 2013 to hold an annual charity golf tournament, and wisely the money raised has gone to Kids Café specifically since the tournament’s inception. Supporting the Kids Cafés, the L9GA also is supporting 85 additional organizations such as Boys and Girls Clubs, Horizons, Performance Initiatives, Salvation Army, YMCA, 21st Century Learning Centers, and many more. As a result of the more than $50K donation in 2019, a truck was purchased, which is used every day to deliver the meals to the Savannah area Kids Cafés. To show appreciation for the great contribution the L9GA has made to Kids Cafe, the L9GA logo is displayed on both the side and back of the Kids Café truck that everyone sees as it is driven around the city delivering those daily meals. 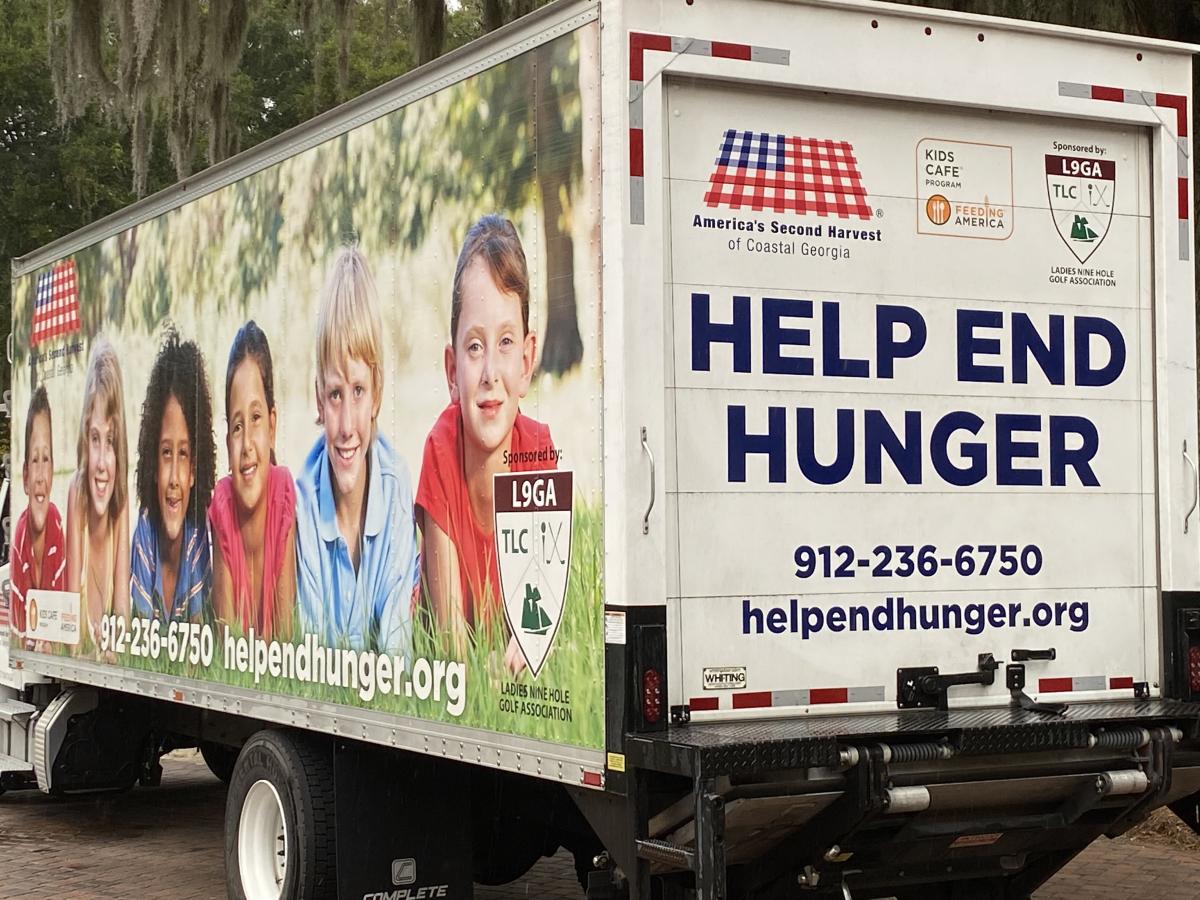 Using the same data that school systems use to determine who receives free meals, Kids Café believes it is not their role to turn away a hungry child and, therefore, will feed any child who states they are hungry. Those children also will receive academic help.

Last year’s L9GA Kids Cafe Golf Tournament: Together FORE the Kids raised more than $83,000, and we are looking forward to this year’s event on October 27. If you are interested in helping to support this wonderful event and organization, please either sign up to play or sponsor by going to the L9GA website (www.l9ga.org). For more information about the event, email Elsa Lindenschmidt (lindenschmidt.ek@gmail.com).

This article was originally published by The Landings Association on their website. Visit landings.org to read the original article. https://landings.org/news/2022/08/22/kids-caf%C3%A9-landings-difference