There are three steps in making a Landings sale. These steps include generating a lead, convincing that prospect to visit, and getting the sale while they’re here. In the 1970s and early ’80s, it was the second step that posed unique challenges. The Landings’ most promising prospects lived 800 miles away, and the community was located in a city that had “lived in contented anonymity for decades.”

Today, Savannah gets 14.8 million visitors a year. But many of the things that attract visitors today didn’t exist in 1972. Interstate-95 wasn’t completed through Savannah until 1977 and the Rousakis Plaza Riverfront wasn’t opened until June of that year. Additionally,  I-16 didn’t reach us until 1978 (the same year SCAD started renovating its first building), work didn’t start on City Market until 1985, the music festival’s first season was in 1989, and it wasn’t until 1994 that publication of Midnight in The Garden of Good and Evil launched Savannah onto the national stage.

After 1975 sales totaled just 26 lots, Branigar concluded that face-to-face personal selling in the north was required to supply enough prospects to relaunch the community. Beginning in 1976, Branigar recruited and trained a team of full-time, licensed Real Estate agents living in major cities throughout the Midwest and Northeast. Called Information Coordinators (IC’s), it was not their job to sell property but to sell tours.

These agents would be given “leads” from their area that had been generated by print ads or direct mail solicitations. They would call those leads to arrange an in-home presentation on what The Landings had to offer, and they would sell the prospect on visiting through a persuasive story and the use of various incentives, including on-site lodging and golf and, for a time, reimbursement for half their airfare. Like postal employees, “neither snow nor rain nor heat nor gloom of night” kept these ICs from their appointed home visits.

The plan worked. In effect, for only a portion of 1976, lot sales jumped from 26 to 76.  More importantly, this progression continued as the plan was rolled out to nine metropolitan areas in eight northern states. The Landings had 185 sales in 1977, reached 379 sales in 1978, and closed 455 sales in 1979. While ICs generated just a portion of these sales, they were critical to getting the rebound started. They are truly the “Unsung Heroines” of The Landings' early years. 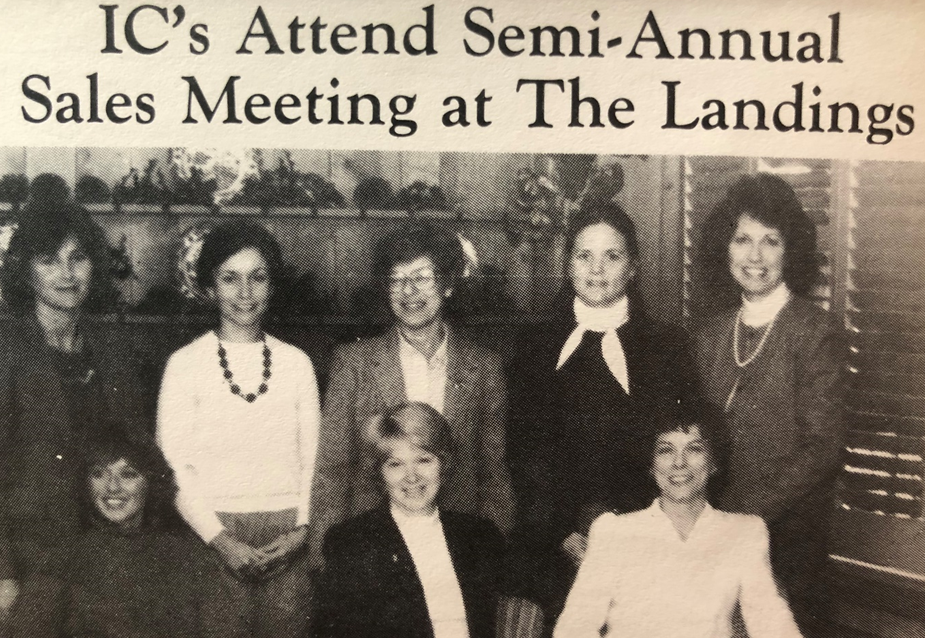 This article was originally published by The Landings Association on their website. Visit landings.org to read the original article. https://landings.org/news/2022/08/22/50th-anniversary-golden-nugget-week-unsung-heroines