On Wednesday, April 20, Security and Chatham County Police Department (CCPD) responded to the entrance of The Landings Association for a two-vehicle accident without injuries between a FedEx driver and a resident. The FedEx vehicle was crossing Landings Way South from Activity Drive and pulled out in front of the resident. The resident, who was travelling north on Landings Way South, struck the FedEx vehicle, which sustained minor damages to the back right tire and rim. There was substantial front-end damage to the resident’s vehicle, and the vehicle was removed via tow truck. CCPD found the resident driver at fault and cited.

Security responded to the intersection of Diamond Causeway and Lake Street on Monday, April 25, for a two-vehicle accident without injuries between a commercial vendor and a resident. CCPD and Chatham Emergency Services (CES) already were on scene. Both vehicles sustained damages. Since CCPD already had secured the scene, there were no further actions needed by TLA Security Officers. 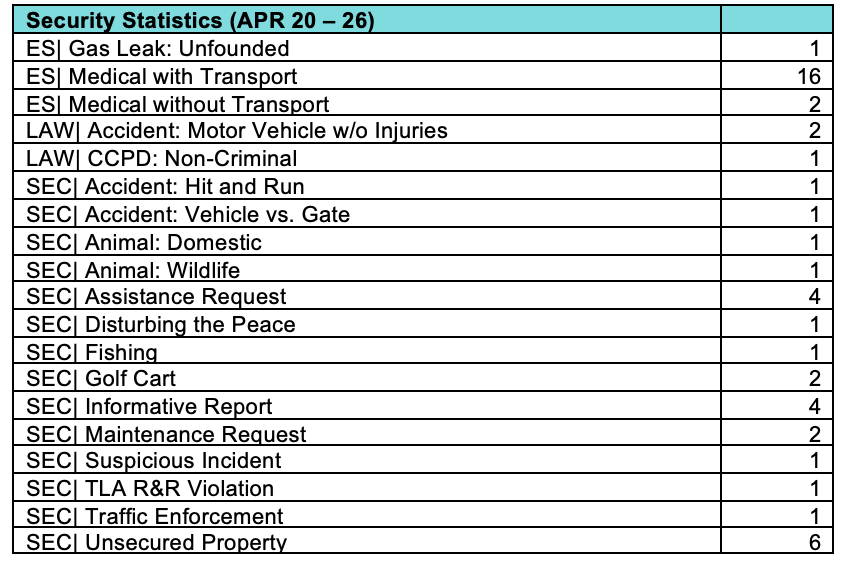 This article was originally published by The Landings Association on their website. Visit landings.org to read the original article. https://landings.org/news/2022/04/28/security-scene