On Thursday, April 14, Security responded to a residence on Seawatch Drive for a report of a suspicious person. The resident advised that a person stopped their vehicle in front of her home, got out of the car, and shined a flashlight at her house. The unknown individual returned to their car and left when the resident turned on the porch light. Security patrolled the surrounding streets as well as Delegal Marina, with negative results. No further incidents were reported.

Security responded to Potters Lane on Saturday, April 16, for a suspicious incident. The resident advised that he heard a noise near his window and wanted to ascertain that no one was trying to get inside the home. Officers performed a premise check and searched the surrounding streets for anything out of the ordinary, with negative results. No further incidents were reported.

On Monday, April 18, Public Works Environmental Manager Dylan Till reported seeing a suspicious person near the sludge pond off of McWhorter Drive. Security patrols checked the area but did not locate a person. However, there was evidence of several campfires in the area where a tent appeared to have been on site overnight. The information was forwarded to all shifts, and extra patrols will be conducted in the area. Chatham County Police Department was also advised and requested to make additional patrols. 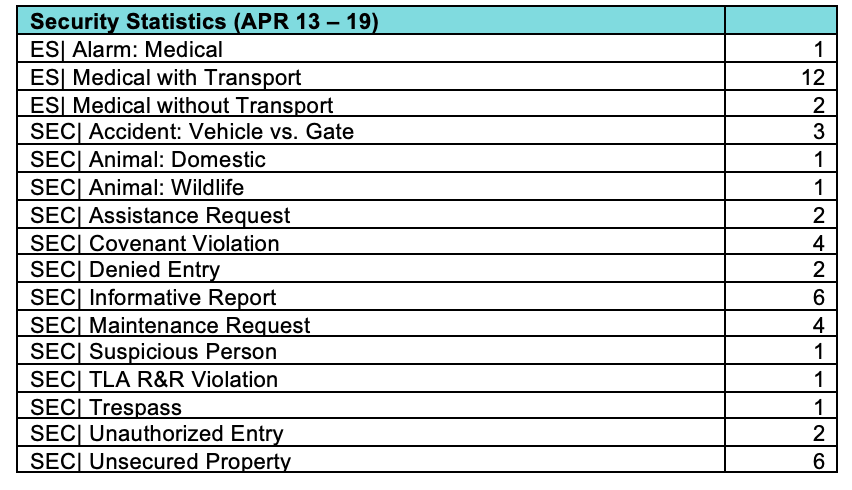 This article was originally published by The Landings Association on their website. Visit landings.org to read the original article. https://landings.org/news/2022/04/22/security-scene