There’s a jewel at the terminus of Diamond Causeway, but the road was not named for a gemstone. Rather, the causeway’s name honors Barney Diamond (1901-1969), a Savannahian who grew up as one of the “Bethesda Boys".

Despite an impoverished start, Barney went on to found the B. F. Diamond Construction Co., Inc. in 1930.  His company built steel structures in the Washington, D.C., and Baltimore, Maryland areas. Over the years, the Diamond operations diversified and in 1954 the Diamond Manufacturing Company, Inc. received a corporate charter for supplying heavy-duty marine equipment. For the next 34 years, Diamond Manufacturing designed and built a variety of marine-oriented equipment, including tugboats, barges, dredges, and cranes. The company was liquidated in 1988,19 years after Barney’s death.

Barney’s “rags to riches” story was poignantly told by Tom Barton in a 2013 article that appeared in the Savannah Morning News:

“Located on the main floor of Bethesda's Burroughs Hall, built in 1870, the center features 2,200 square feet of exhibition space. Among the best features are stories about some of the 12,000 youths who spent their formative years here. One of these "Bethesda boys" was Barney Diamond.

Diamond was a wealthy Savannah industrialist who died in 1969. But Diamond was a child of poverty. According to an exhibit, he and his brother Raleigh came to Bethesda in 1909. Barney was eight. In 1917, Barney Diamond left at age 16 ‘with one streetcar token in his pocket. He joined the United States Merchant Marine, founded a construction company, and became a successful contractor. When he died, his estate was estimated at $35 million - a fortune in those days.  ($276 million in 2022 adjusted for inflation.) He left the bulk of it to Bethesda, but an expensive legal fight was spurred by his widow who ‘drained’ it. Still, Bethesda got $3 million ($24 million adjusted for inflation) - the core of the institution's endowment.”

Of interest, the causeway isn’t the only object that bears his name. There’s also a variety of camellia - “Camellia japonica Barney Diamond” – originated by S. Forbes of Savannah in 1960, nine years before Barney died. 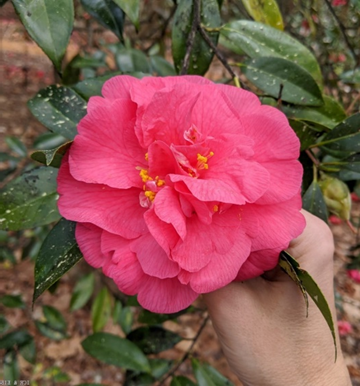 This article was originally published by The Landings Association on their website. Visit landings.org to read the original article. https://landings.org/news/2022/02/28/50th-anniversary-golden-nugget-diamond-causeway