Skidaway’s tiny, brown, furry bats, affectionately called sky puppies, don’t wear capes as they dart about above us at dusk, but they might be considered superheroes nonetheless.

According to State Wildlife Biologist Katrina Morris, bats consume between 50-to-100 percent of their body weight in mosquitoes, beetles, and other flying insects every night. They also save farmers an estimated $22 billion a year in crop losses due to their consumption of destructive insects, and help pollinate various crops including bananas, dates, cocoa, avocados, and mangoes, she said.

Morris spoke at a recent meeting of Friends of Skidaway Audubon (FOSA) as part of FOSA’s speaker series, held at Messiah Lutheran Church. Nearly 50 area residents turned out to learn more about the little but beneficial brown fliers.

Morris shared that baby bats are called pups, and most bats have just one pup a year, usually in the spring. Despite living in very close quarters in dark colonies, bats know which pup is theirs and nurture it for about a month until it is old enough to fly.

Habitat loss, specifically the loss of native plants, is impacting bat populations. However, in comparison to other areas, “the coastal populations are better, but all of our bats species have declined over time,” she stated.

Besides habitat loss, bat populations have declined for other reasons. In the Appalachians, a white nose fungus has caused a 43 percent decline in cave-dwelling bats over the past eight years. Ways to inhibit the growth of the fungus are being tested. Wind turbines present a threat as well, but turning them off during nighttime migrations can drop the mortality rate to a fraction of one percent, said Morris.

To help these superheroes of the skies, Skidaway Audubon has erected 16 bat houses around the island, on poles that can withstand hurricane-force winds. Each bat house can hold up to 200 bats.The bat boxes are constructed of special materials to exact specifications by Landings Woodworkers Guild volunteers, who generously lend their time and considerable skills to this initiative. Placed about 15 feet high with at least six hours of morning sun exposure, the bat houses are erected in carefully selected locations to deter bats from roosting in residences.

Morris recommends installing screens on attic vents to keep bats out of homes, and erecting bat boxes to give them an alternative. Homeowners wishing to build their own bat house can obtain information at batcon.org/about-bats/bat-houses/ .

What to do if bats have moved into your home?

“Bats are not to be feared.  It’s not a reason to panic,” said Morris. “They’re just trying to survive in the habitat they have left.”  Professional bat removers can use excluders, which allow bats to leave a home but prohibit them from re-entering. Details are available at georgiawildlife.com/ExcludingBatsFromYourHouse.

Morris said she has seen a major difference in the way people feel about bats, and when they call her for advice, most people say, "help me do the right thing." 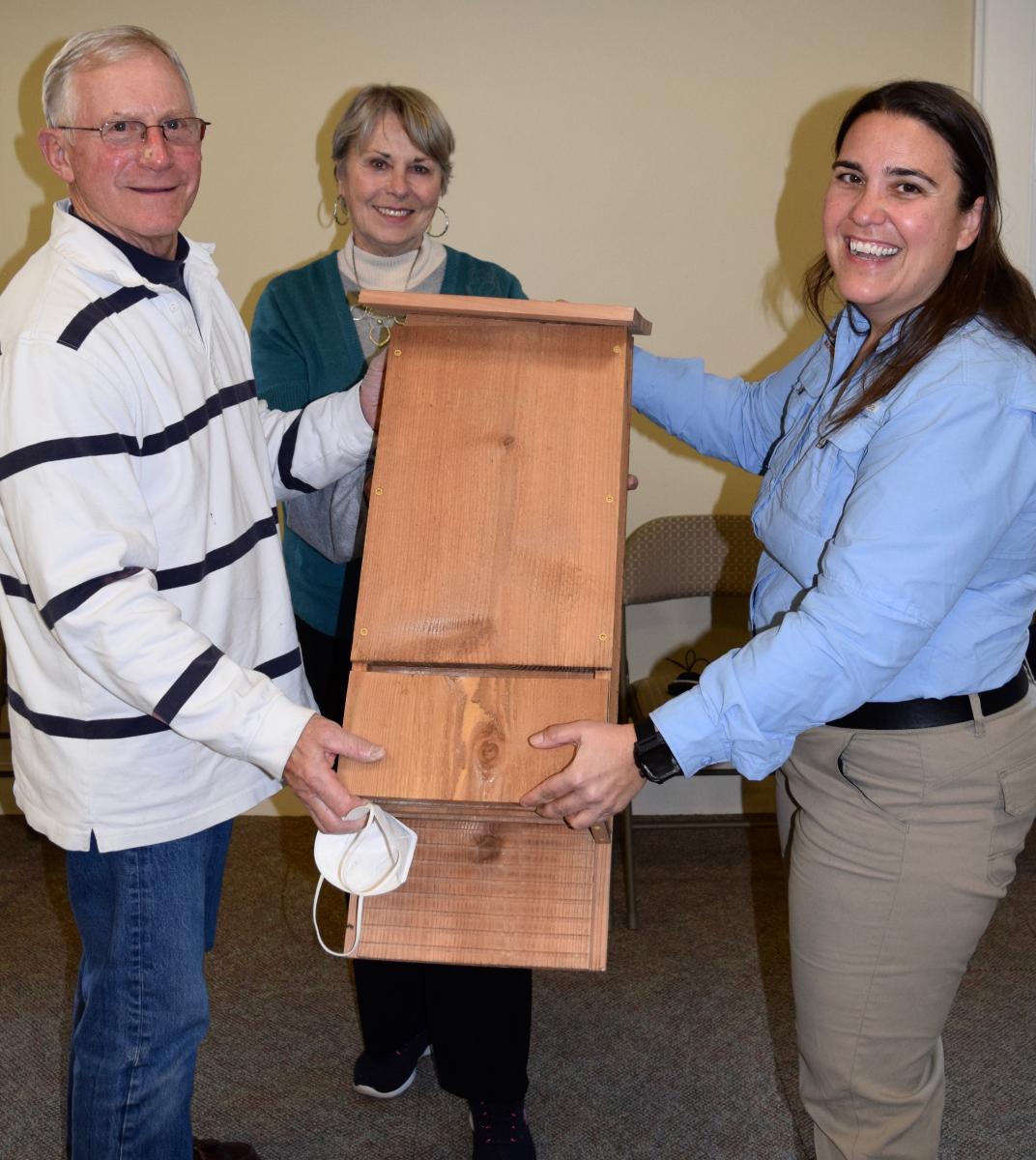 This article was originally published by The Landings Association on their website. Visit landings.org to read the original article. https://landings.org/news/2022/02/10/skidaway-audubon-news-sky-puppies-do-super-job