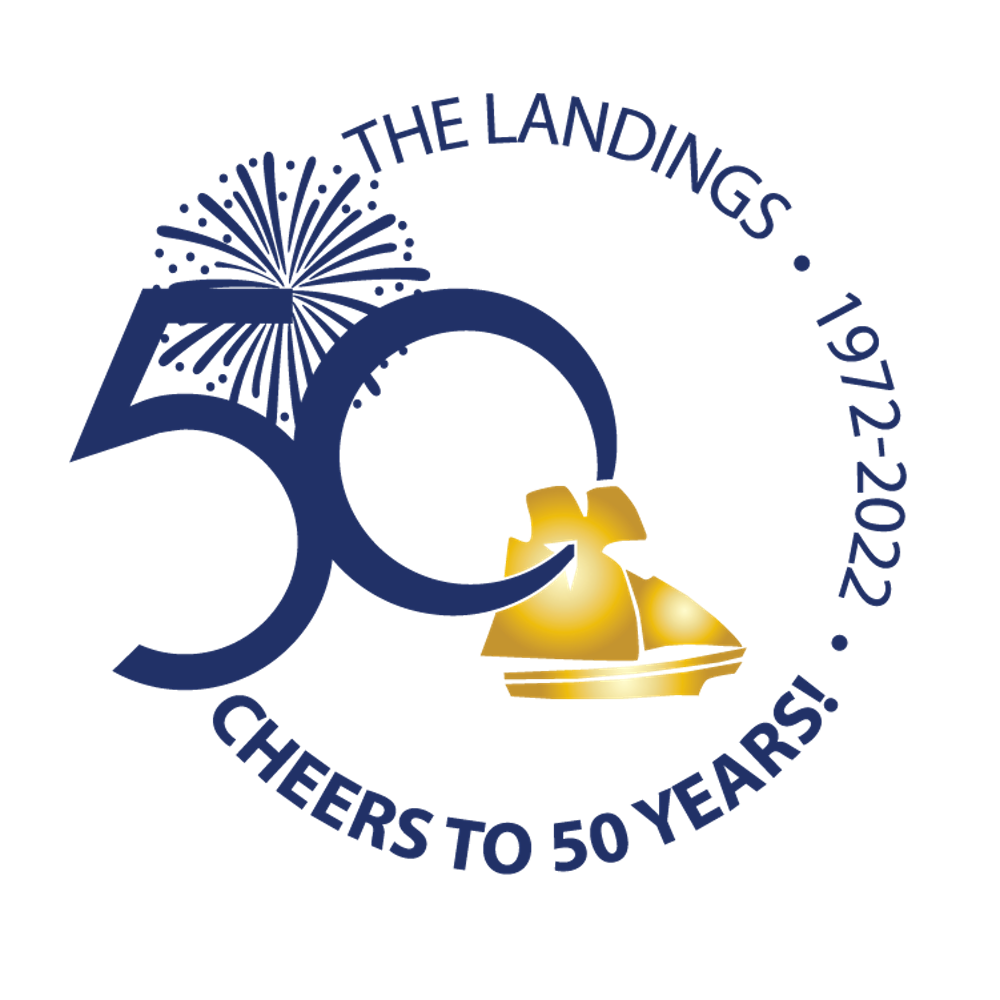 2022 marks a significant year for The Landings, as the community celebrates its Golden Anniversary. Plans are under way to make it a spectacular, year-long celebration!

Phase I of The Landings officially opened in September of 1972. The main entrance was what is now the North Gate. Landings Way and Wiley Bottom Road formed a loop on the south end, and Priest Landing and Monastery Road formed a similar loop on the north end. To learn more f about our community’s history, read The Landings’ Formative Years, written by Richard Burke, a Landings Resident and one of the developers of our community. You can find his book on The Landings Association’s website as a resource listed under “History” on our 50th Anniversary page (www.landings.org/50th). During this year of remembrance and revelry, historical tidbits will be revealed and celebrated as together we commemorate a year of tribute, parties, parades, and community camaraderie!

A committee has been formed to plan the events of the year, and all are advised to be on the lookout for announcements. Below are the 50th Anniversary Subcommittees and the Chairs and Co-chairs.

Committee Chairs are needed to lead the subcommittees for Donations and Sponsorships and Volunteers. If you want to head up one of these committees or join any of the teams above in the preparation for this thrilling year of celebration, please email pr@landings.org. Be sure to include in your email your name, contact information, and the committee you want to assist. As the plans for upcoming events progress, many resident volunteers will be needed make it all happen!

This article was originally published by The Landings Association on their website. Visit landings.org to read the original article. https://landings.org/news/2022/01/26/landings%E2%80%99-50th-anniversary-update