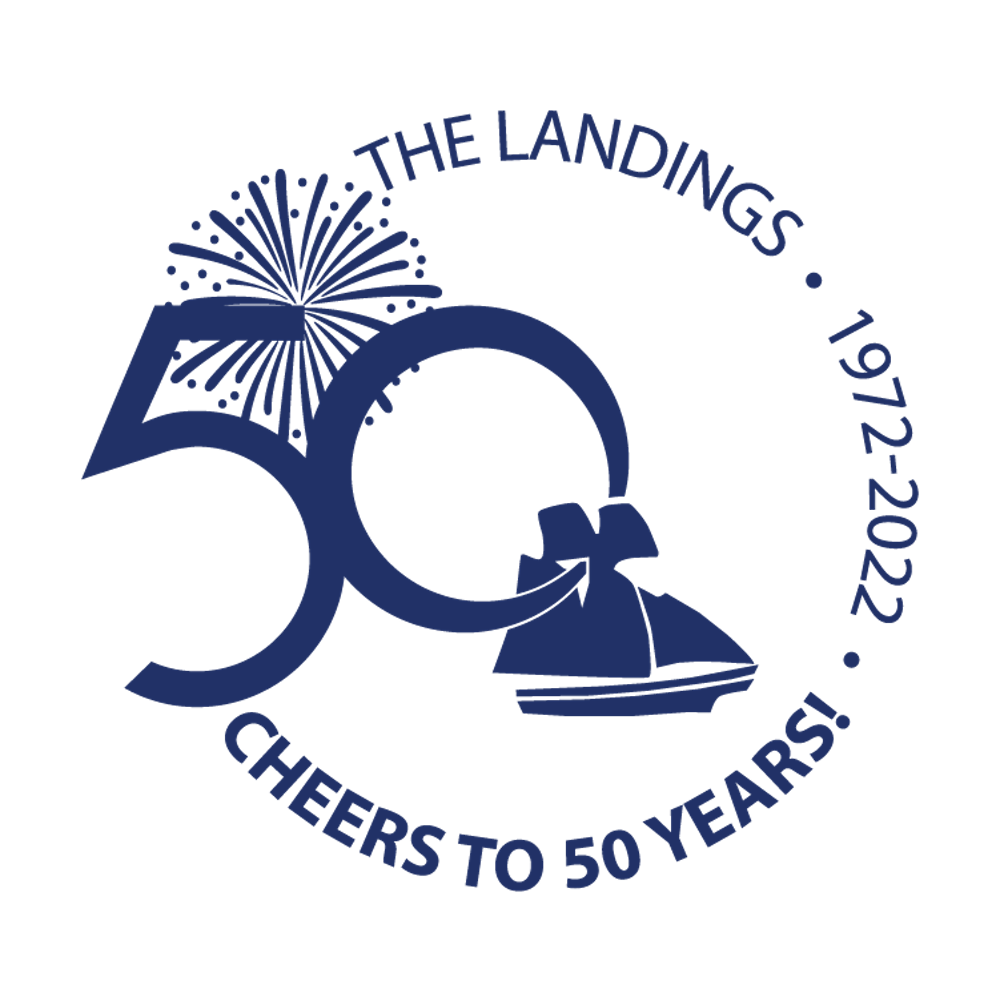 The logo chosen for the year-long celebration of The Landings’ Golden Anniversary (shown at left), features the iconic schooner, a fireworks burst, and the short and punchy slogan Cheers to 50 Years.

The logo was designed by Carolyn Zalesne, a Landings resident since 2005, who is a graphic designer and a computer instructor. Her design was chosen for the celebration from the submitted entries by the 50th Anniversary Communications Subcommittee, chaired by Maryce Cunningham. Members of the subcommittee liked the design’s simplicity, which elegantly combines the idea of celebration with the familiar outline of the Landings’ schooner, as well as the short and punchy slogan. The 50th Anniversary logo will not replace the Landings schooner logo but will adorn all anniversary-related communications, such as articles on the Association’s website and The Landings Journal, as well as on any memorabilia associated with the celebration that may be created.

The Communications Subcommittee greatly appreciates all Landings’ artists who submitted logo ideas. It was a tough choice, as all the creations were impressive. Plans for the anniversary still are being formulated but likely will feature at least six events, as well as a series of articles that celebrate some of the aspects of The Landings that have evolved over the decades to make it such a great residential community. The anniversary will celebrate all that makes The Landings an attractive, well-maintained, friendly, and welcoming community.

This article was originally published by The Landings Association on their website. Visit landings.org to read the original article. https://landings.org/news/2022/01/13/cheers-50-years-chosen-celebrate-landings%E2%80%99-milestone