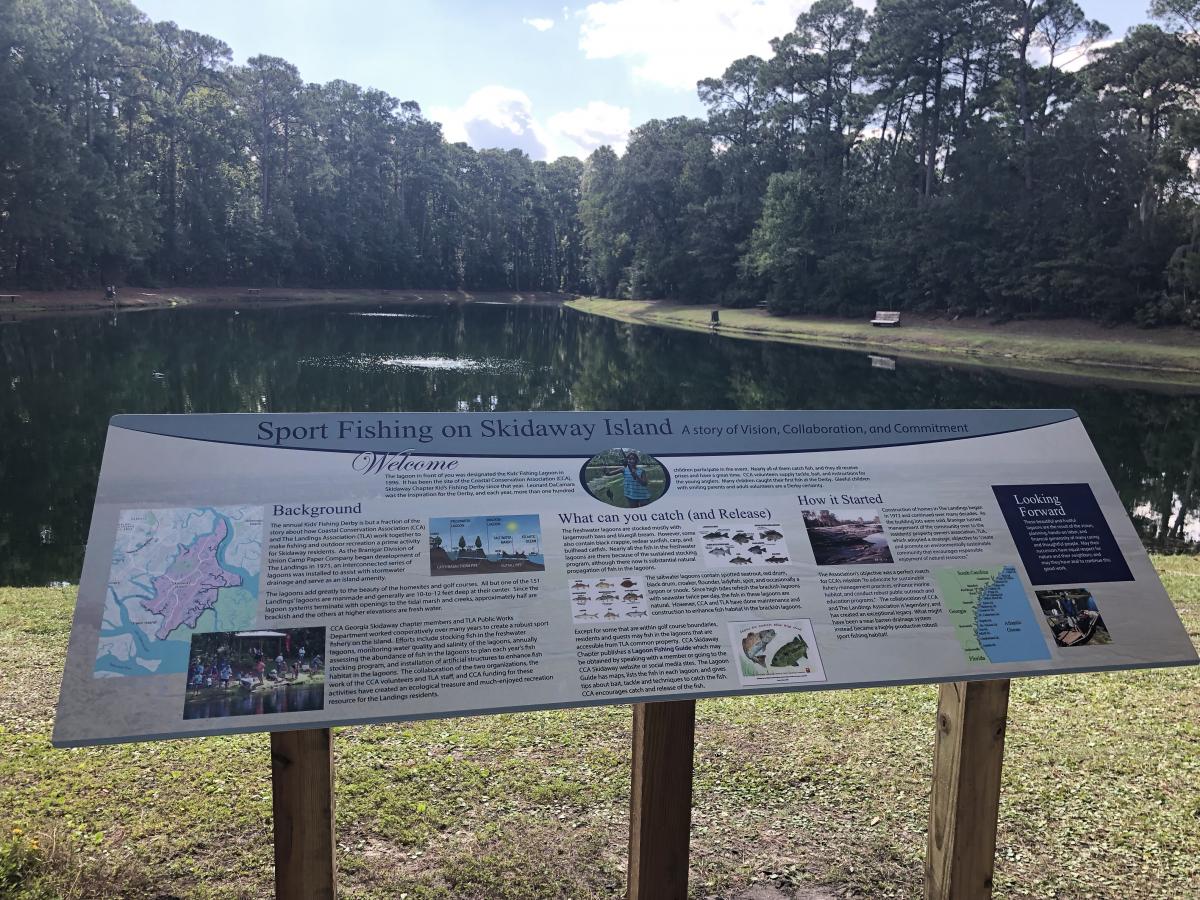 Recently, representatives from Coastal Conservation (CCA), Landlovers, and The Landings Association (TLA) met at the Kids' Fishing Lagoon to dedicate an “interpretive panel” for sport fishing on Skidaway Island. It is the 9th interpretive panel to be installed in The Landings.

John Duran was asked to research and author the content. He begins by explaining how in 1971 an interconnected series of retention ponds (aka lagoons) was installed by the developer to facilitate stormwater drainage and serve as an island amenity. Subsequently in 1996, the Skidaway Chapter of CCA established a partnership with TLA to develop the more than 150 lagoons into a robust sport fishery.

CCA monitors the salinity of the water and the fish population in the freshwater lagoons on a regular basis. Annual seining and electrofishing is conducted to determine the population balance and growth patterns of the fish. Based on data accumulated, bait fish stocking occurs in the freshwater lagoons during the early spring. This year, more than 40,000 blue gill and threadfin shad were stocked with one goal in mind…enhancing sports fishing on the island and growing trophy largemouth bass.

Funding for the panel and the fish stocking was provided by generous contributions from Landings residents and from organizations such as Landlovers, which has been a major partner with CCA since 1999. If you’re interested in “how to catch the big one” call Hal Evans  (912-777-6937) for a lagoon guide that is updated annually.

If you’re interested in making a difference,  join CCA (ccaskidaway.org). 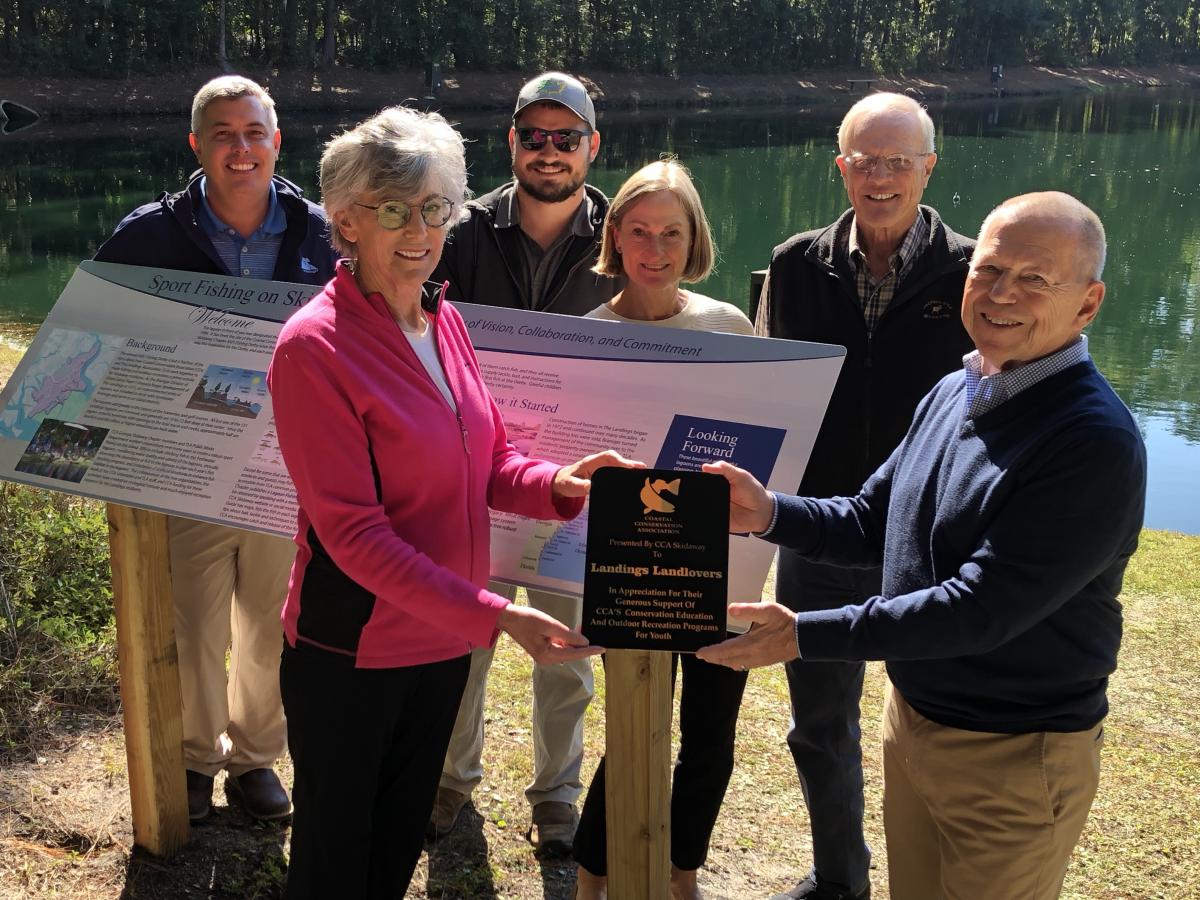 This article was originally published by The Landings Association on their website. Visit landings.org to read the original article. https://landings.org/news/2021/11/15/sports-fishing-interpretive-panel