On Thursday, August 19, Security and Chatham Emergency Services (CES) responded to a residence on Captain Kirk Lane for a possible fire. CES determined the fire was actually something in the microwave which filled the home with smoke. No injuries or damages were reported.

Security responded to a single-vehicle accident on Landings Way North on Monday, August 23. The vehicle owner stated his daughter was driving and struck a deer as she did not see it. The vehicle sustained damages to the windshield but still was drivable. No injuries were reported.

Security responded to a suspicious incident on Pipemaker Lane on Thursday, August 19. The homeowner notified Security that his dog was barking, and he heard someone outside. A patrol officer conducted a premise check and found nothing suspicious. Extra patrols were performed throughout the remainder of the evening. 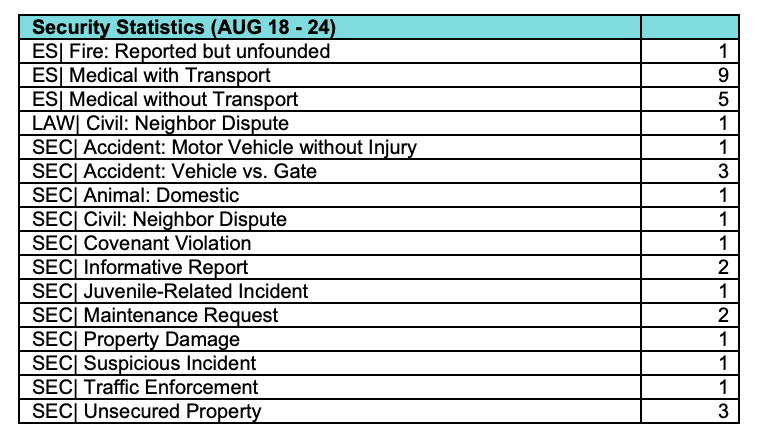 This article was originally published by The Landings Association on their website. Visit landings.org to read the original article. https://landings.org/news/2021/08/27/security-scene