On Wednesday, August 11, Security responded to a residence on Romerly Road for a possible structure fire. Chatham Emergency Services (CES) already was on scene and had extinguished the fire. The fire was contained to the outside air conditioning unit. It is unknown how the fire started.

Security and Chatham County Police Department (CCPD) responded to a vehicle accident between a resident and a vendor on Thursday, August 12. The resident advised that the vendor did not have cones placed around his trailer resulting in her backing into the trailer as she was leaving her driveway. The vendor stated he was getting ready to leave for another location and had finished packing up his belongings when the incident occurred. Although CCPD responded, both parties agreed to settle the incident between themselves and no longer needed a report.

Security responded to a residence on Sparkleberry Lane for a report of vandalism on Thursday, August 12. The resident stated that he noticed his bird feeder was on the ground and the pole that was holding it was broken. The bird feeder itself was not damaged. The resident did not want to notify CCPD. Extra patrols will be performed. 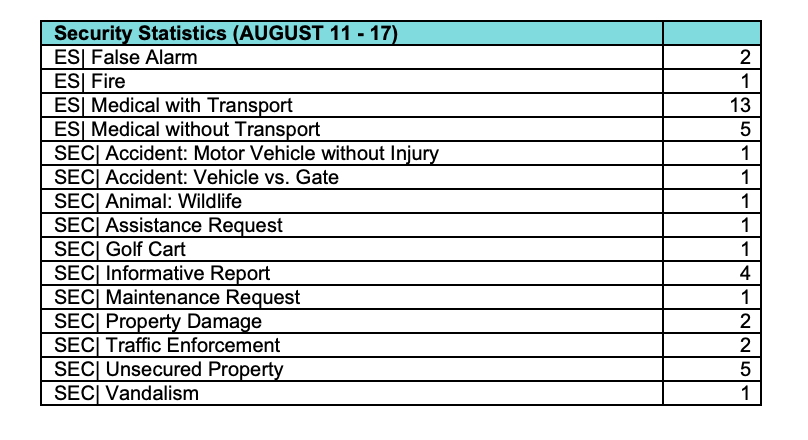 This article was originally published by The Landings Association on their website. Visit landings.org to read the original article. https://landings.org/news/2021/08/20/security-scene