Manatees Etiquette to Keep Them Safe

Manatees Etiquette to Keep Them Safe

Often during this time of year, Landings Harbor Marina is visited by a very special family of West Indian Manatees. These majestic creatures, commonly referred to as sea cows because of their large size, seem to appreciate the soothing waters just at the edge of the Harbor Pier and are not shy about coming up to say hello and pose for photos.

They never fail to hold the attention of onlookers with their graceful moves. However, many of those taking in the show frequently have no idea that these beautiful animals are classified by the U.S. Fish and Wildlife Service as “threatened”, which means the population is likely to become endangered.

It is important to remember never to feed or provide water to manatees. Not only is the practice dangerous for the animal, it is illegal and carries hefty fines. Animals accustomed to receiving food from humans lose their natural wariness and are more susceptible to gear entanglements and boat collisions. Additionally, they risk losing their ability to forage and become “nuisance animals”.

Following are a few rules and regulations from National Oceanic and Atmospheric Administration (NOAA) that will help protect marine mammals such as manatees. 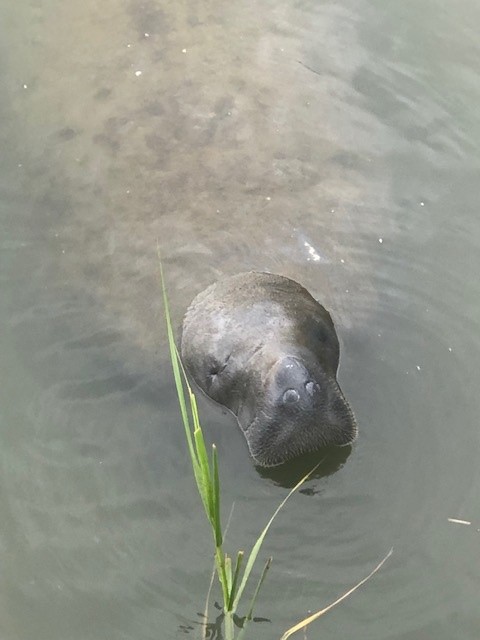 Landings Harbor Marina had some unexpected visitors recently. A manatee and her calf came by to say hello and snack on the shoreline marsh grass. Did you know that the manatee is most closely related to an elephant? A baby calf stays right by its mom for two years before going off on its own. 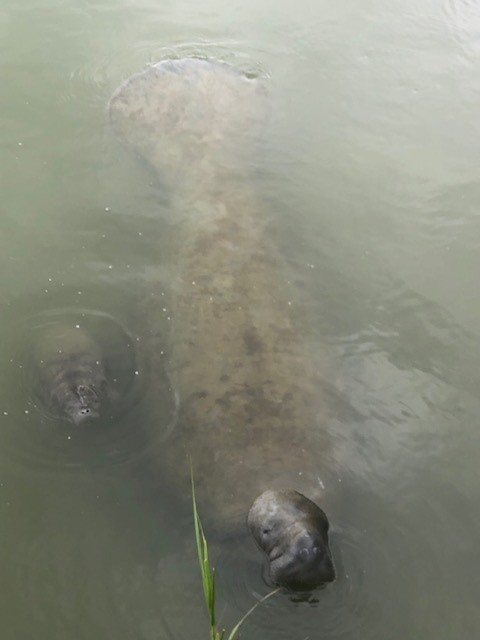 This article was originally published by The Landings Association on their website. Visit landings.org to read the original article. https://landings.org/news/2021/08/10/manatees-etiquette-keep-them-safe