What do you do when you have not one, or two, but three insurmountable problems, and one of those is 65 feet tall? Call an expert!

Skidaway Audubon’s Tallow Terrors, a roving group of chainsaw-wielding volunteers dedicated to eradicating Chinese tallow trees on Skidway, are not equipped to take down towering trees. So, when three monstrous ones were discovered, they turned to Rob Cuilty at SavATree of Savannah.

Cuilty partnered with the Tallow Terrors in early 2020, removing seven large tallows, and volunteered his crew for another big job this spring, recognizing the threat these trees present. Tallows are invasive trees that choke native vegetation and are especially harmful due to their ability to propagate quickly.

SavATree, headquartered in New York, partners with various nonprofits throughout the country on community canopy management and other sustainability initiatives. The Savannah branch is managed by Cuilty, who is equally community minded.

“Rob and one of his staff members, Chris Stefan, volunteered two of their Saturdays to help our efforts to eliminate Chinese Tallow trees,” said Tallow Terror team leader Ed Conant. “The entire Landings community owes them a huge thank you for their generous and important work to help eradicate this invasive species.”

Conant’s team hauled away branches, assisted by The Landings Association’s Polaris Ranger that is used by the Public Works Department. It was a real team effort.

Cuilty is a highly trained, certified arborist, who serves as an instructor for the Tree Care Industry Association, teaching all skill levels, and is qualified by the International Society of Arboriculture to identify and assess tree risks. SavATree provides commercial and residential tree trimming, removal, and stump grinding services. For more information, visit savatree.com.

Homeowners are advised to pull up any small tallow seedlings. The fast-growing Chinese tallow poses a huge risk to the island, as it can wipe out an ecosystem by forcing out native vegetation, reducing habitat diversity. This, in turn, reduces habitat for migrating songbirds and other wildlife. The Nature Conservancy lists the Chinese tallow as one of the nation’s 10 worst alien plant invaders. The Georgia Wildlife Federation calls it one of the greatest threats to habitat in South Georgia.

The tallow can be identified by its two-to-three inch heart-shaped leaves, resembling aspen leaves, which turn red, yellow, and orange in the fall. Also known as Popcorn trees, Chinese tallows were introduced to the U.S. in the 1700s from eastern Asia. They can now be found from North Carolina to eastern Texas, and in California.

Skidaway Audubon’s Tallow Terrors  remove tallows throughout the island, including private property, at no charge to the homeowner. To date, the team has removed more than 58,300 tallows. When a tallow tree is cut down, the team must apply a special herbicide to prevent re-growth. 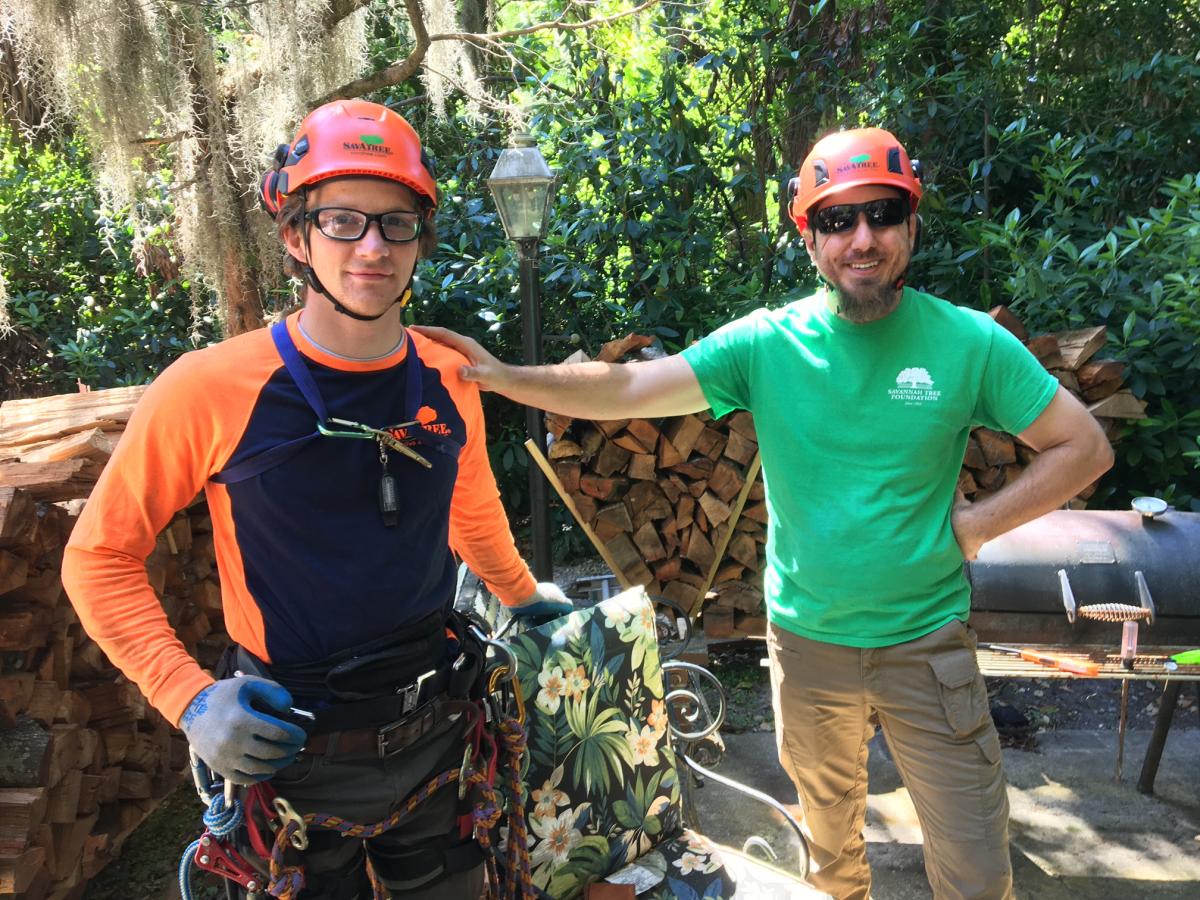 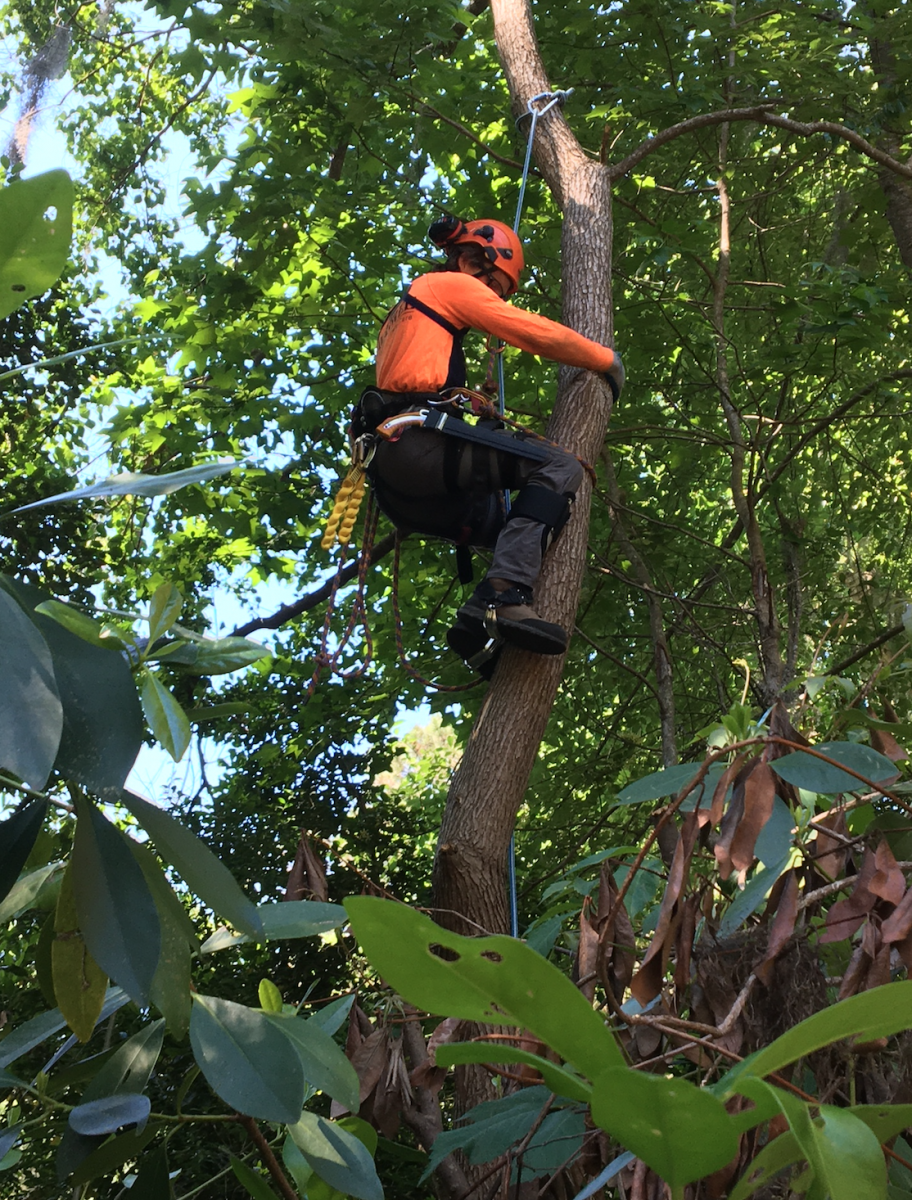 This article was originally published by The Landings Association on their website. Visit landings.org to read the original article. https://landings.org/news/2021/05/19/savatree-saves-day-again%C2%A0