Security and Chatham County Police Department (CCPD) responded to a residence on Westcross Road for a theft report on Tuesday, March 16. After arriving for work at approximately 6:45 a.m., a home health worker realized she accidentally brought her wallet inside and returned to her vehicle to put it back. At around 9:30 a.m., the woman returned to her vehicle and found the wallet and its contents missing. The vehicle was in the driveway, and there were no signs of forced entry. CCPD is investigating.

On Wednesday, March 10, a resident stopped at the Main Gate to report an accident that occurred earlier in the day. The resident stated that his 12-year-old son was travelling on his bicycle on the cart path adjacent to Landings Way North between Bartram Road and Deer Run when a golf cart travelling in the opposite direction approached. The cart clipped the handlebars of the bicycle causing the juvenile to fall and sustain minor scraps to his hands and knee. The driver of the cart did not stop. Unfortunately, the cart number was not obtained so Security was unable to identify the driver.

Security responded to Landings Harbor Marina on Tuesday, March 16 for a report of possible unauthorized fishing. The complainant advised that the individual also was fishing in the basin off the pier. Upon arrival, contact was made with the individual, who is an occupant of a residence and authorized to fish without a resident present. A subsequent and further review of the Avigilon video system did show the individual fishing inside the basin, and as a result, a citation will be issued to the resident. 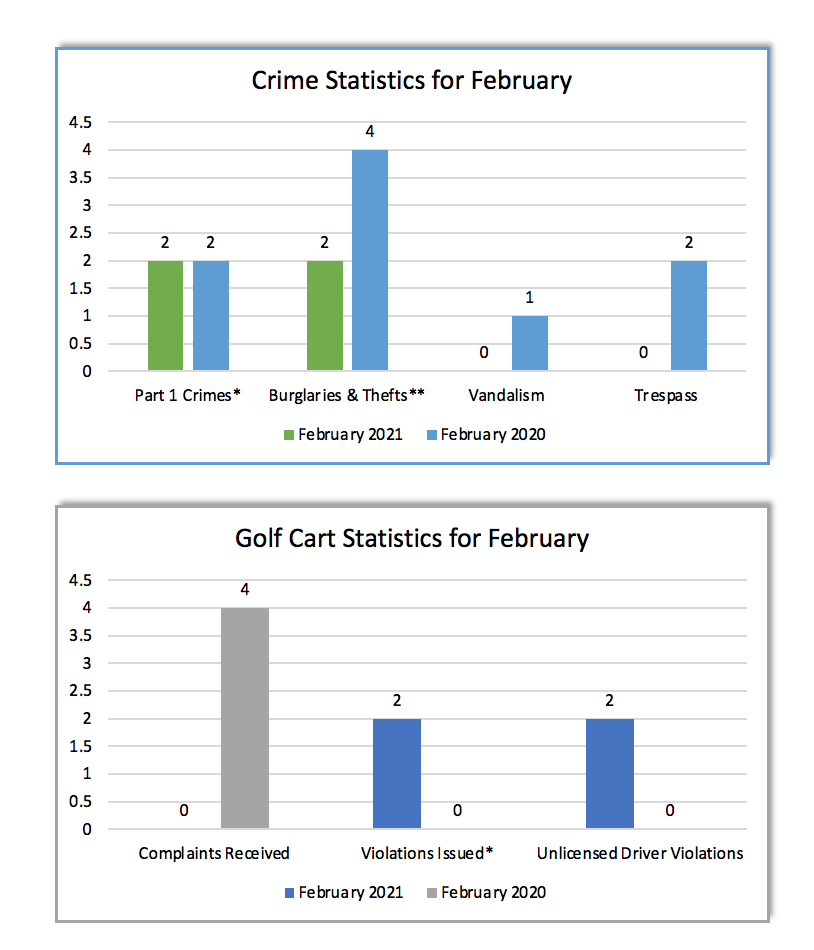 This article was originally published by The Landings Association on their website. Visit landings.org to read the original article. https://landings.org/news/2021/03/19/security-scene