A Closer Look at the Dog Park Membership Fee

A Closer Look at the Dog Park Membership Fee

When we bought our lot in 1998, there was no Dog Park in The Landings. There were few dog parks anywhere. But when we started building our home in 2001, a committee had been formed that actively raised money to build the Park we now enjoy. When we moved in, I joined the Park the first day.

All the funds used originally to construct the Park were raised from within the community. Once completed, the Park was turned over to The Landings Association (TLA). The Association considered it to be an important amenity with assets that would eventually require replacement, so they added the fence and the irrigation system to the Capital Asset Management Plan (CAMP). Some years later, the original chain link fence was replaced with the lumber fence we have today, paid for by CAMP (our Capital Reserves Fund). Over time, we have added additional benches, crushed granite around some of the benches, a granite path, and most recently, a wood product in lieu of turf in the small Park. All of these capital improvements were paid for by funds raised from the community. Ultimately, Park patrons wanted and were willing to pay for these items not covered by TLA’s CAMP.

Because the Dog Park is restricted to members, it is the policy of the Association not to use general assessment funds for operational expenses at the Park.

Therefore, people who use the Park are asked to pay an annual fee to cover routine maintenance costs. Some TLA operational monies are used from time-to-time. For example, the trees and shrubs in the Park were paid for with funds from the Public Works landscaping budget. However, items such as the extra mowing in the summer months (to make pickup easier) come from the Dog Park revenue. Most Park patrons feel the minimal ($40) fee is worth the peace of mind of knowing who uses the Park and verifying that all dogs are adequately immunized.

Dog owners help us maintain the Park. Please buy your tag each January!

Dog Park Committee members will be doing spot checks in March. If your dog is not wearing a 2021 tag, we will check to see if you are on the paid list. 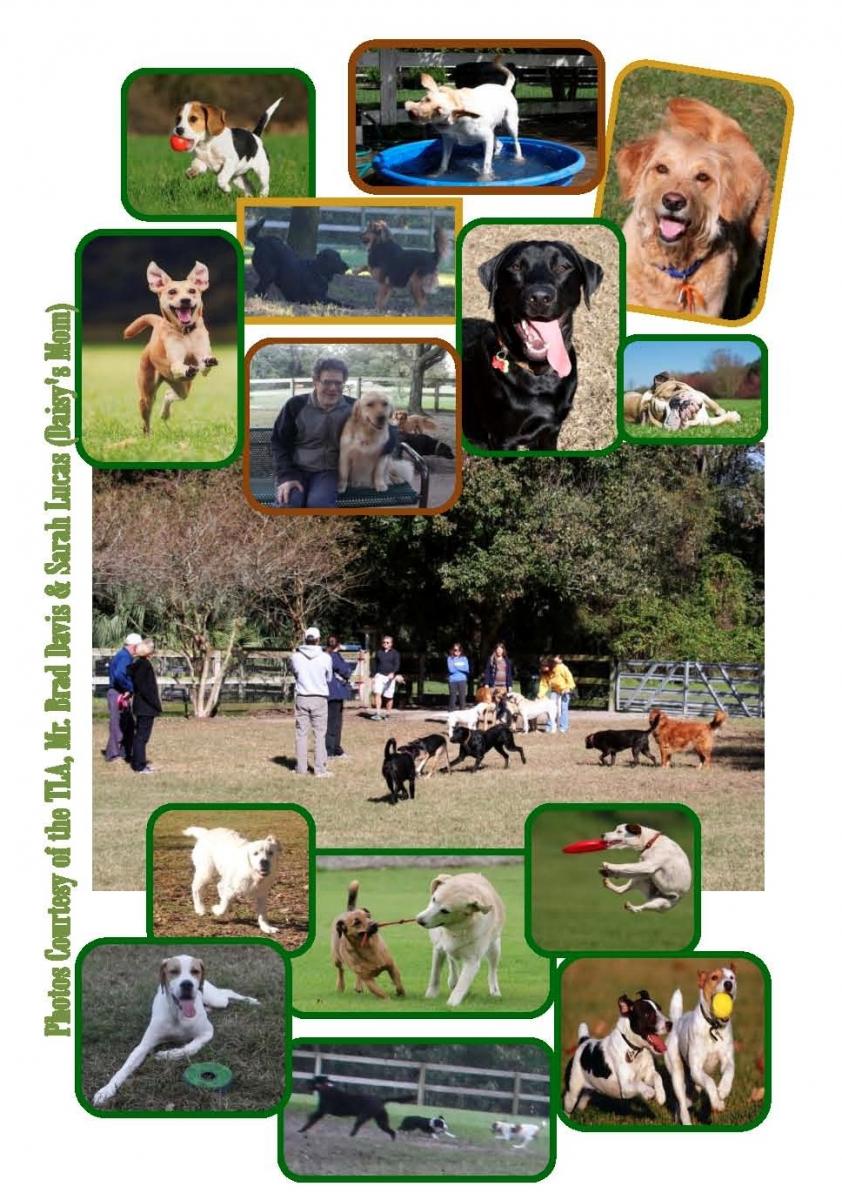 This article was originally published by The Landings Association on their website. Visit landings.org to read the original article. https://landings.org/news/2021/02/25/closer-look-dog-park-membership-fee