It’s almost Halloween, but please don’t confuse this fluffy, little caterpillar with being an innocent creature in costume. Instead, admire it from a distance as the puss caterpillar (Megalopyge Opercularis) is one of the most venomous caterpillars in the United States.

Nicknamed for its strong resemblance to pussy cats, this species of caterpillar usually can be spotted in our area during the late summer and early fall. It can be found from New Jersey to Florida and west to Arkansas and Texas.

The puss caterpillar has hidden toxic spines underneath its fur. According to a report from the College of Agricultural and Environmental Sciences at the University of Georgia, when your skin brushes against the puss caterpillar, the spines break off, releasing an irritating fluid that produces an immediate stinging, burning sensation that reportedly is more painful than a bee sting. The stings have sent some to the hospital’s ER.

Keep your pets away from these little furry creatures, as well. While pets are less likely to suffer a sting because of their coats, areas of exposed skin like a dog’s belly could come in contact with the caterpillar’s hair and cause pain for your four-legged friends.

To learn more, read this article and watch the video from CBS46 in Atlanta. 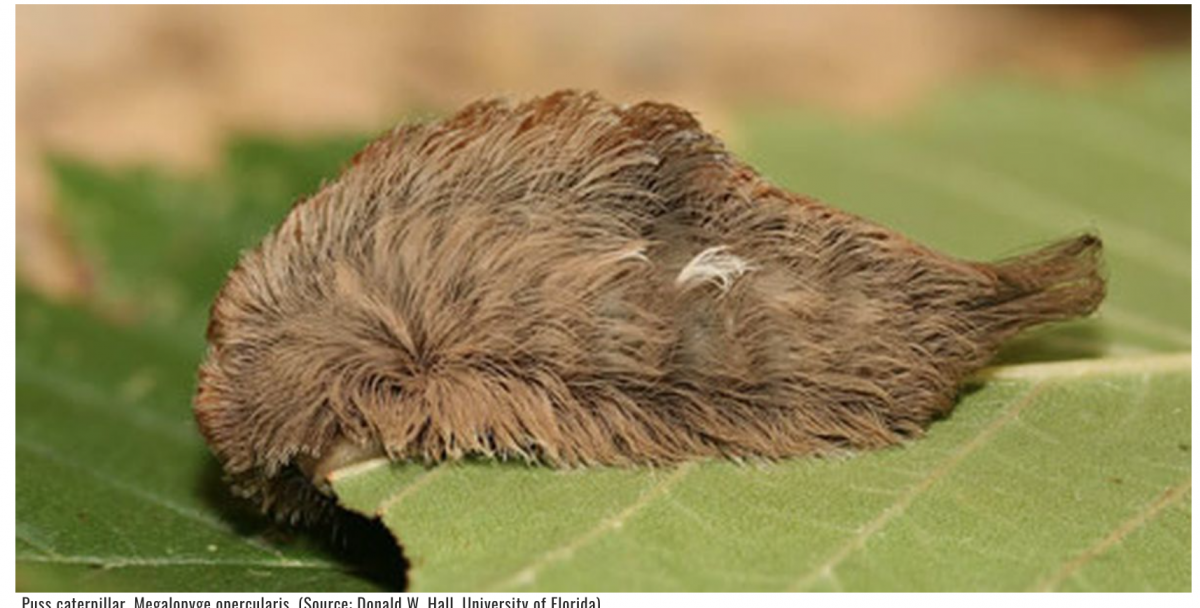 This article was originally published by The Landings Association on their website. Visit landings.org to read the original article. https://landings.org/news/2020/10/30/puss-caterpillars-most-venomous-caterpillars-united-states%C2%A0