Courtesy of Skidaway Audubon
Thu, 07/02/2020 - 9:46am
Imagine starting every day with a treasure hunt. Not looking for the TV remote, or car keys, but a real, dig-in-the-sand treasure hunt. That’s how Pattye Field has been starting her day for the past 10 years, as one of Skidaway Audubon’s Diamondback Terrapin Rescue Program volunteers. For four months of the year, as soon as the sun rises, Field begins her hunt along The Landings’ golf course sand traps in search of diamondback turtle eggs. Along with a team of similarly dedicated volunteers, Field finds the buried treasure by either spotting a female or finding her tracks in the sand. After careful digging, the eggs are relocated to one of Audubon’s hatcheries where they can incubate safely, protected from raccoons, crows, foxes, and other predators. “I love everything about it,” said Field, when asked about her volunteer work. “I love the peace and tranquility the early hours offer. I especially love what I call ‘the hunt’. I always wanted to be an archeologist!” Statistics on each nest are recorded in markers in the hatcheries and also are logged in a daily record book, then entered into a computer. The Audubon team works under the direction of UGA naturalist John “Crawfish” Crawford and is licensed by the Georgia Department of Natural Resources to carry out this research and rescue program. The project is the largest of its kind along the nation’s East Coast and contributes to The Landings Club’s certification as an Audubon International Cooperative Environmental Sanctuary. After incubating for 65-to-75 days, the little hatchlings, which Field describes as “too cute for words”, are released into the marshes, usually in mid-to-late July to mid-October. Last year, 2,227 hatchlings were released into the marshes. Audubon’s turtle release events are great opportunities for families to learn about and appreciate Skidaway’s most endearing reptile. “Education is an important aspect of our mission as volunteers, and I love the interaction with people young and old,” said Field. “Since becoming a terrapin volunteer and being directly involved with Audubon, I have a greater appreciation for life and Mother Nature.” Many years ago, diamondback turtles were harvested by the hundreds of thousands for soups and as pets. To further help restore the population, the terrapin team has grown to 11 volunteers and has expanded its role. For the past two years, they have attempted to identify terrapins that repeatedly return here to lay their eggs, and record data such as date, number of eggs laid, location, etc. Their groundbreaking work will add immensely to the scientific data on terrapins. Field has never lived far from the sandy shores of the East Coast. Originally from the Attleboro, Massachusetts/Providence RI region, she worked in the D.C./Maryland area and later lived in another coastal community, Margate, New Jersey, before moving to The Landings 20 years ago. She is active in her church and cooks monthly for The Ronald McDonald House. In her spare time, she enjoys reading, water exercise, and gardening. A child psychology major, Field was an exchange student in India for a year before becoming a nursery schoolteacher. A passion for racquetball led to a partnership in a racquetball/health club which she managed until her retirement. She and her husband, Clarke, have been married for 57 years and have two daughters, five grandchildren, and a yellow lab. 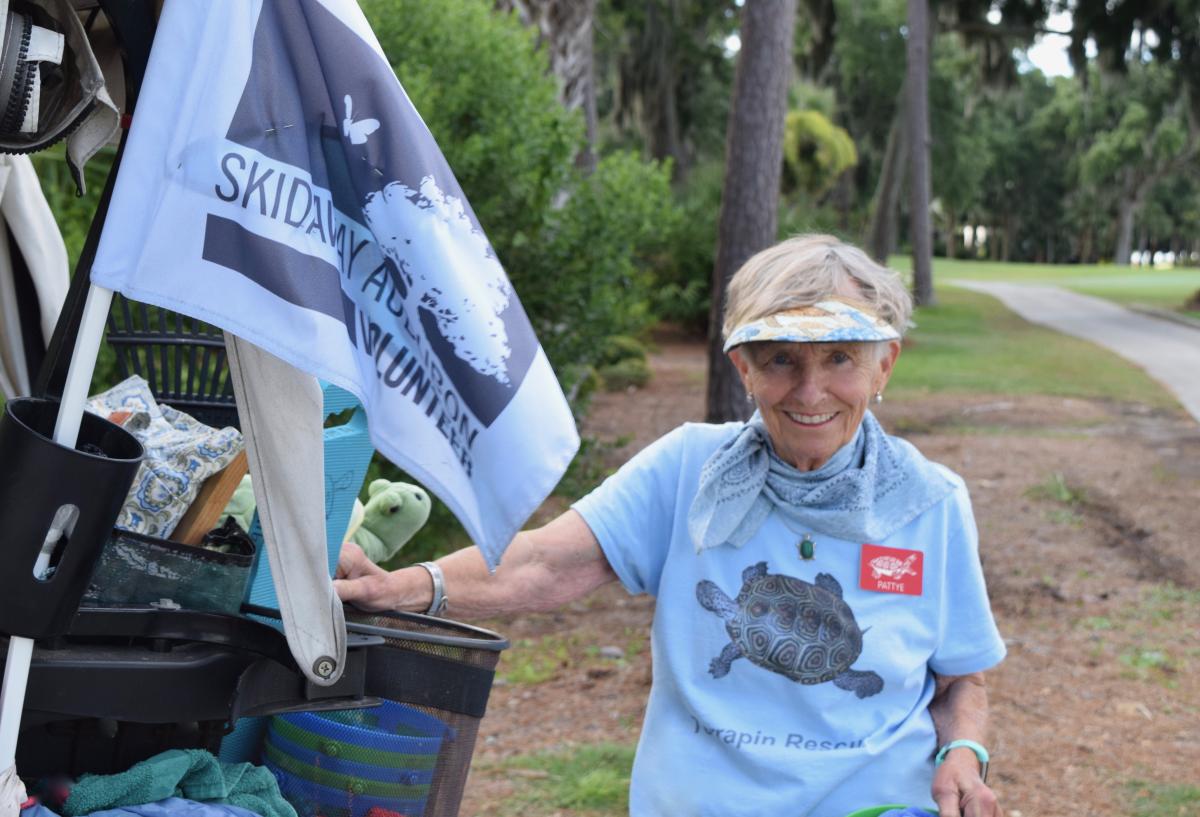 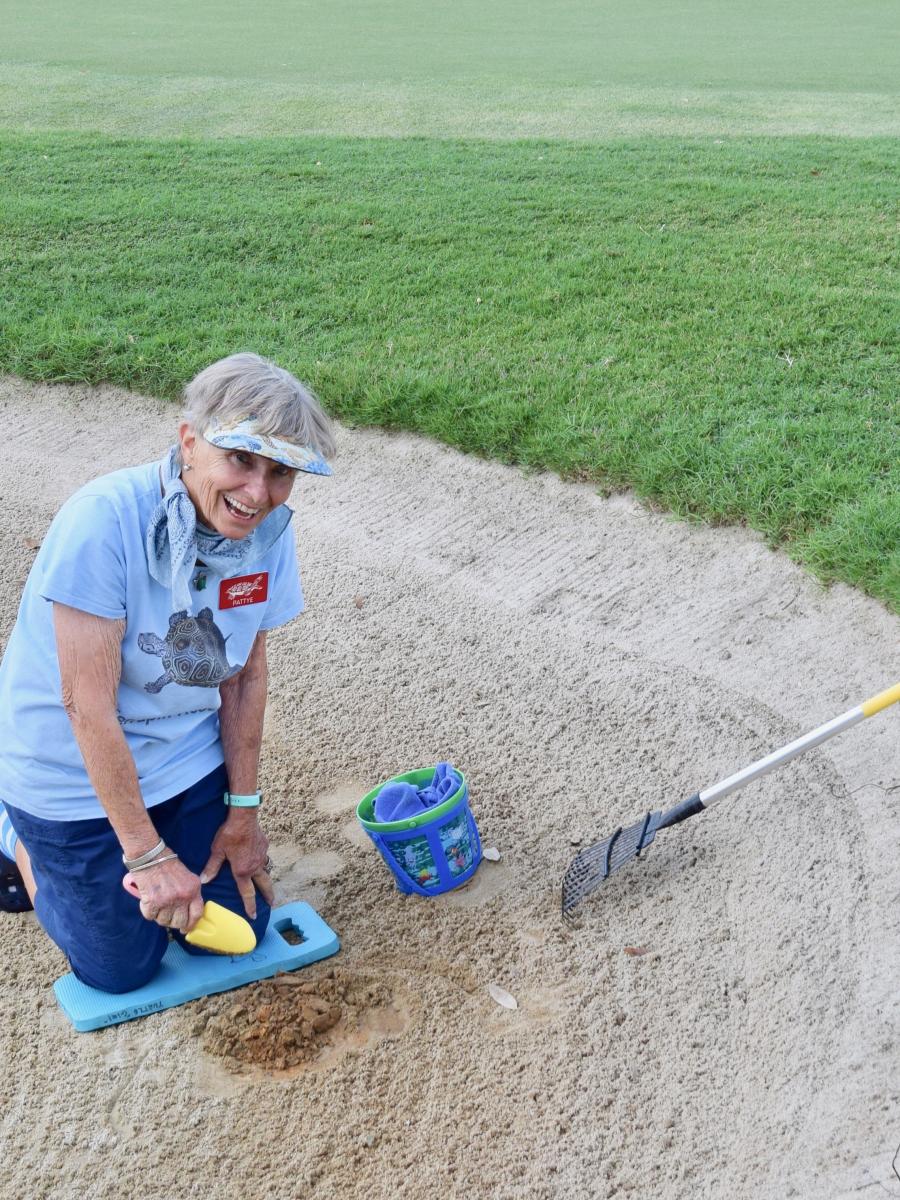 This article was originally published by The Landings Association on their website. Visit landings.org to read the original article. https://landings.org/news/2020/07/02/skidaway-audubon%C2%A0volunteer-spotlight%C2%A0