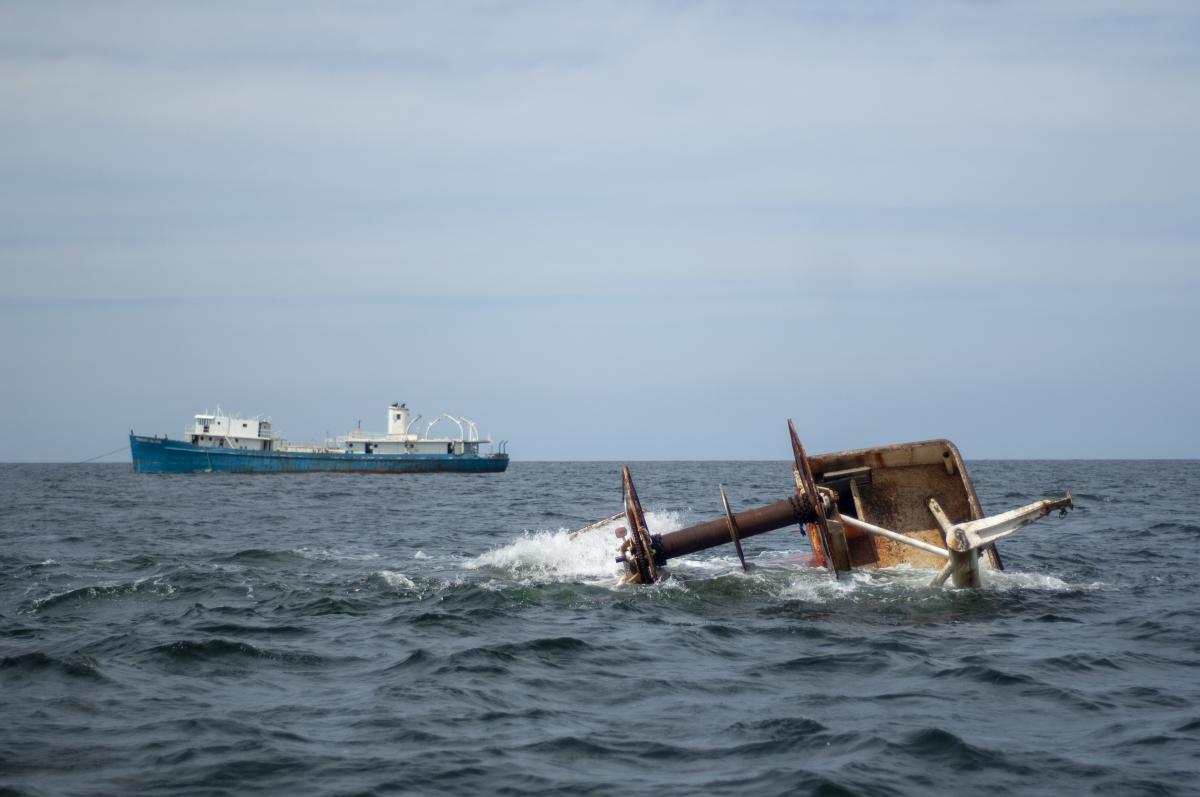 It’s hard to imagine what an old southern shrimp boat and a New York City subway car have in common but, as of last week, this “odd couple” came together in about 64 feet of water at reef CCA-JL, 22 nautical miles east of St. Catherines Island. St. Catherines Island is one of Georgia’s Golden Isles, 20 miles south of Savannah. The 82-foot shrimp trawl, the Frank and Marie, was sunk at this location to expand the artificial reef that originally was created out of subway cars from the Big Apple and other rubble. Appropriately, sales of Georgia’s “Support Fish Habitat” license plates, together with a donation from the Coastal Conservation Association (CCA) Georgia, funded this valuable habitat effort. A second vessel, the 180-foot Tangier Island, was sunk about 200 feet from a similarly-sized Coast Guard cutter placed off the coast in 1989. Artificial reefs are especially beneficial off our state’s coast because it consists, to about 80 miles offshore, of largely flat and sandy material with very few rock outcroppings that otherwise would help form natural reefs. The various materials used in creating artificial reefs provide marine organisms the hard surface and shelter they need to thrive in our ocean waters. These accumulations help create the intricate structure, food, and spawning areas for many species of fish and an array of marine life. Importantly, these artificial reefs also provide shelter for endangered loggerhead turtles, which use the reefs to find shelter from predators such as sharks. The Coastal Resources Division of Georgia’s Department of Natural Resources (DNR) is in charge of the state’s artificial reef program, which began in the 1970s. Spokesperson Paul Medders notes that, “These vessels will provide essential fish habitat off Georgia’s coast and will eventually become populated with corals, sponges, and other marine life.” Medders added that, “In about two years, these reefs also will become prime fishing spots for offshore anglers, as well as for SCUBA divers to visit.” The Skidaway Island Chapter of the CCA and CCA Georgia are most pleased to have had a chance to support a program that enhances our state’s marine habitat as well as expands recreational fishing opportunities.

This article was originally published by The Landings Association on their website. Visit landings.org to read the original article. https://landings.org/news/2020/06/11/odd-couple-unite-create-new-habitat%C2%A0cca%C2%A0georgia-helps-pay-reception%C2%A0