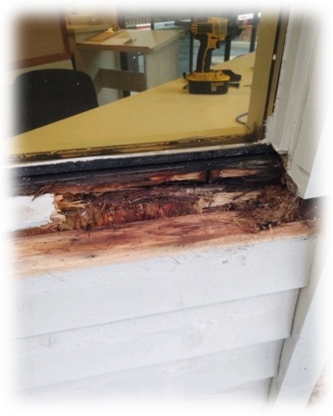 During a routine inspection of the Deer Creek Gate this week, staff observed a soft spot on one of the windowsills on the front of the building. On Wednesday, staff began the repair to the windowsill; however, after removing the damaged section, there was more to the repair than the initial inspection revealed.  Barring any further rain delays, the repair will be completed next week.  Thereafter, in-house staff will repaint the windowsill.

Last month, the Public Works Committee, Finance Committee and Board of Directors approved the 2020 Road Repair and Resurfacing Project.  Absolute Concrete is in the process of replacing the damaged curbing on the roads within the project scope.  The contractor completed curb repair 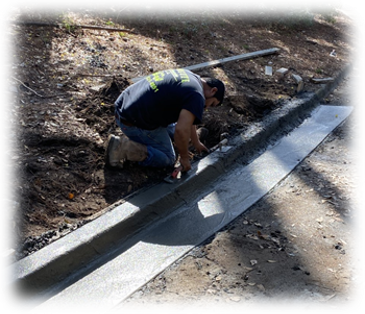 on Deer Run and Wickersham Drive and are currently working on Middle Marsh Retreat.  Thereafter, they will progress to Pine Shadow Court and Raindance Court.

Weather permitting, Bennett Paving is scheduled to begin repairing root intrusions in advance of the surface milling and asphalt overlay of the roads within the project scope.

As a reminder, the road project is captured in the Capital Asset Management Plan and funded through the Capital Reserves Fund.

CCA (Coastal Conservation Association) volunteers, in conjunction with Georgia Plantation Solutions and TLA staff, conducted electrofishing in the following lagoons this week: 12, 14, 19, 20, 22, 23, 25, 27, 39, 42, 66, 68, 69, and 70.  The group was unable to finish the process for all 30 scheduled lagoons this week due to the excessive rainfall; however, CCA and staff will reschedule the process for the remaining lagoons over the next couple of weeks.

For those unfamiliar with the process, electrofishing sends a weak electrical current through the lagoon water that temporarily stuns the fish. The fish are then collected, identified by species, weighed and measured. This information is then used to determine the relative weights of the fish and identify predator/prey relationships in the lagoons. This information is then used to determine the overall fishery health of the lagoons and is also utilized in future lagoon stocking recommendations.  This program is generously funded by the members of CCA and is conducted annually. 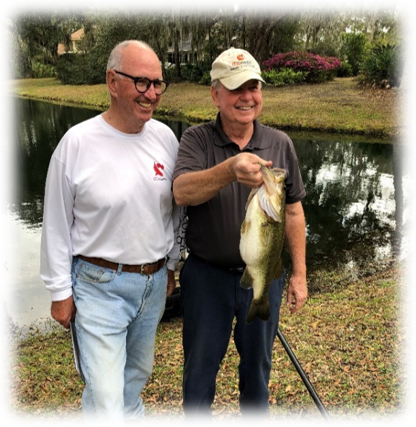 This article was originally published by The Landings Association on their website. Visit landings.org to read the original article. https://landings.org/news/2020/03/06/public-worksworking-you