The Dave Scott Bluebird Program was established by former Landings resident Dave Scott in the 1990s to give the bluebird population a needed boost. Thanks to the program, there now are 196 birdhouses along the paths of the six beautiful golf courses in 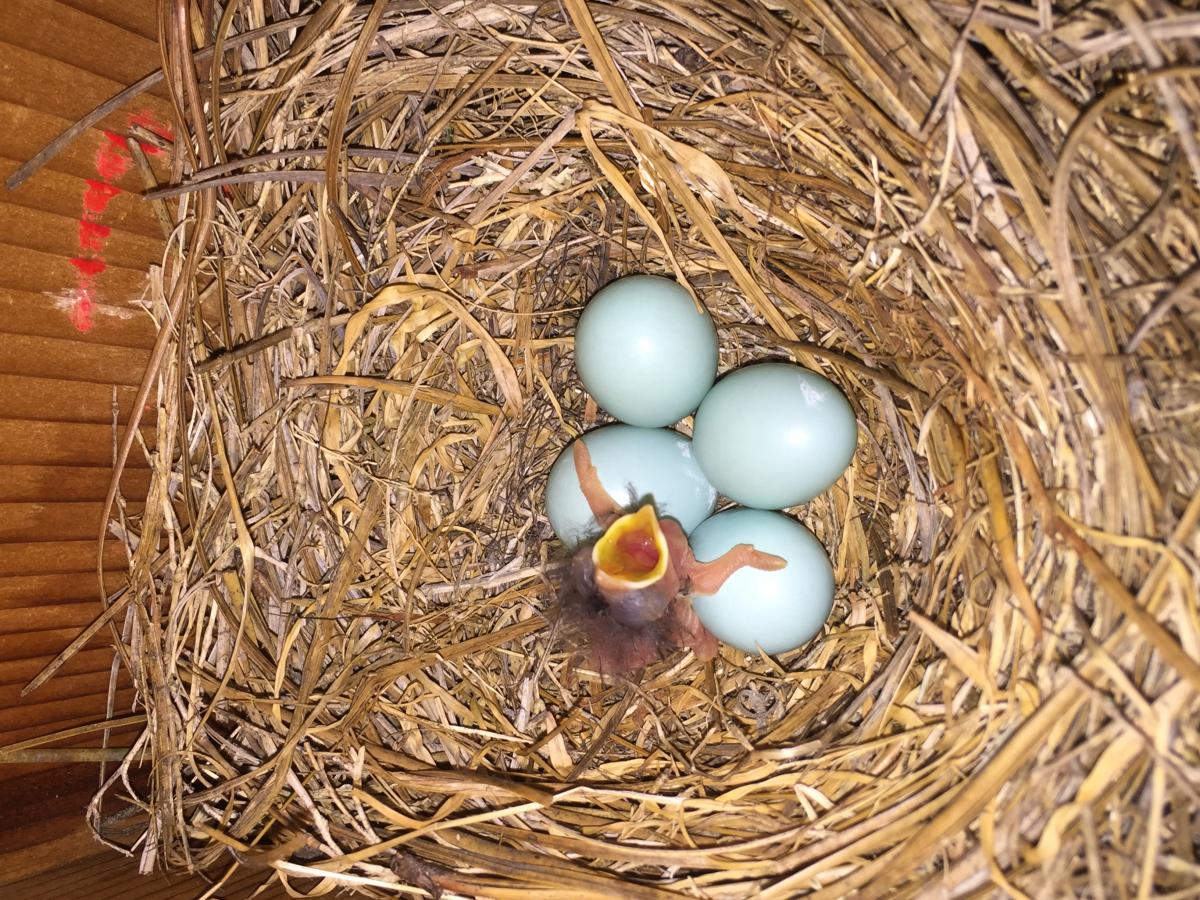 The Landings. The program now is one of many Skidaway Audubon projects and the largest monitored trail of birdhouses in the Southeast.

This year, George James and Betsy Bratz chaired a great 2019 nesting season. The Eastern Bluebirds produced 1,393 bluebird fledglings. There was a decline in Carolina Chickadee and Brown-headed Nuthatch fledglings, with only 19 chickadee fledglings and 31 nuthatch fledglings. Their populations have trailed the bluebirds’ recently, but fortunately, they can use the same nesting boxes, with slight modifications. It is hoped these special songbirds’ numbers rise with the continued use of smaller-sized portals (a metal plate that narrows the entrance of the birdhouse). The chickadees and nuthatches nest only once per year and usually slightly earlier than the bluebirds. Bluebirds may nest up to three times each season.

There are 12 segments of the trail of birdhouses that are monitored weekly during the nesting season, typically beginning in late February through August. The monitors record the number of nests, eggs, nestlings, and fledglings. They also clean out the houses after each nest has fledged.

Along with the monitors, there is a wonderful support system with the help from The Landings Club’s golf course maintenance team, including Larry Fall with TLC’s Carpenter Shop; Pat Wolters with Orphaned Bird Care; George James and Lou Umstead for building and maintaining the houses; and Ed Harvey’s team with the Woodworks Guild. The Woodworks Guild recently constructed 25 new houses for the trails to replace houses that cannot be repaired.
George James and his wife Patty have been an integral part of the Dave Scott Bluebird Program for 10 years. George served as a monitor, assisted Lou Umstead with building birdhouses, and chaired the program. George officially “retired” from the program after this season to move closer to family. At the annual end of the season party, George and Patty were presented with a stunning photograph by Patty Frothingham of an adult male bluebird.

The annual award for the highest ratio of houses to the number of successful fledglings of bluebirds, chickadees, and nuthatches came in at 8.79 on the Front 9 of Deer Creek with Bob Egan. Two trails tied for the highest number of fledglings -- the Front 9 of Palmetto with Gerri Schirmacher, and the Back 9 of Oakridge with Sarah Lucas and Brenda Ecken, Each of the trails had 148 fledglings.
To learn more about the Dave Scott Bluebird Program and other Skidaway Audubon projects, please visit www.skidawayaudubon.org or visit the Friends of Skidaway Audubon’s Facebook page. Questions about the trail can be emailed to Sarah Lucas (sarahlucas85@comcast.net).

Photo above of Bluebird Nest Courtesy of Sarah Lucas

This article was originally published by The Landings Association on their website. Visit landings.org to read the original article. https://landings.org/news/2019/12/05/bluebird-program-success