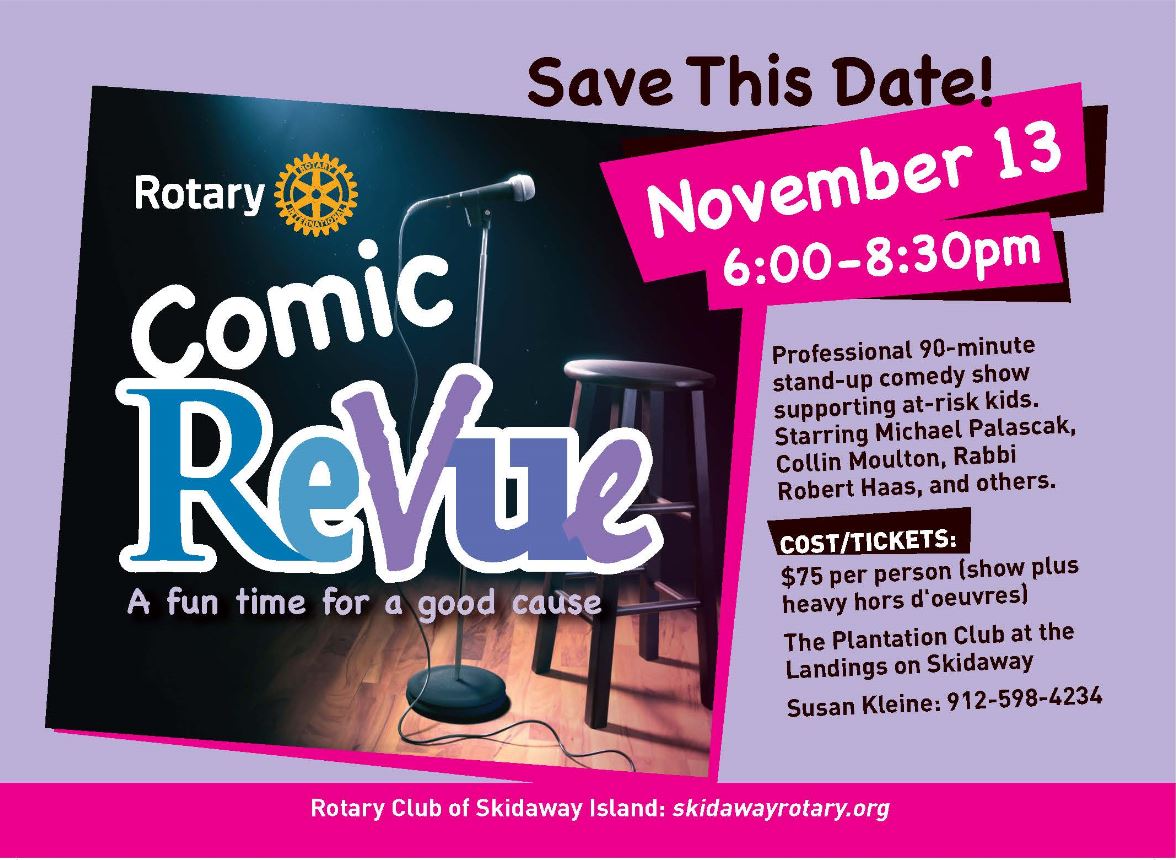 Their family-friendly, laugh-your-socks-off, standup comedy show takes place on Wednesday, November 13, from 6 to 8:30 p.m., at the Plantation Club. The program also will include Savannah’s Rabbi Robert Haas and musical acts by Tomochichi Chants and tap dancer Patricia Alley (with guitarist Dave Alley).

Moulton has a special on Drybar Comedy and Showtime. He recently was named comedian of the month by Sirius Radio and was featured on Last Call with Carson Daly, Nickelodeon, and Fox.

This article was originally published by The Landings Association on their website. Visit landings.org to read the original article. https://landings.org/news/2019/10/30/professional-comics-perform-landings-support-early-childhood-education-and-risk