By Rick Cunningham
Courtesy of Skidaway Audubon
Fri, 10/18/2019 - 4:02pm
Skidaway Audubon’s Landings Bird Cam project has been a hit with viewers from around the world since its inception in 2014. Two cameras were placed near a bald eagle’s nest, which was 75’ up in a tree in the Plantation area of the community. The cameras were placed to stream two different views of all the action in the nest. It wasn’t known at the time, but the tree was under attack by pine bark beetles, and it died about a year later, slowly dropping all seven of the large limbs that contained the nest bowl. After Hermine blew through, the life of the project was extended by adding an artificial branch to hold one camera and mounting two more cameras on an adjacent tree. Unfortunately, the tree has become hollowed out, which could be a hazard, and soon must be removed. Over the last 10 days, a team of close to 20 volunteers has put in literally hundreds of hours working to keep the project alive. They’ve built a new nest in an adjacent tree; designed and constructed stable camera mounts; procured, installed, and wired new cams; and finally, they redesigned the project website. As of today (October 18), the cameras again are streaming live at landingsbirdcam.com. The timing is just about right for Great Horned Owls to be looking for likely nest sites. In the past, we’ve had Great Horned Owls followed by Ospreys in the same year. Will a new pair decide to nest this year? No one knows, so stay tuned! 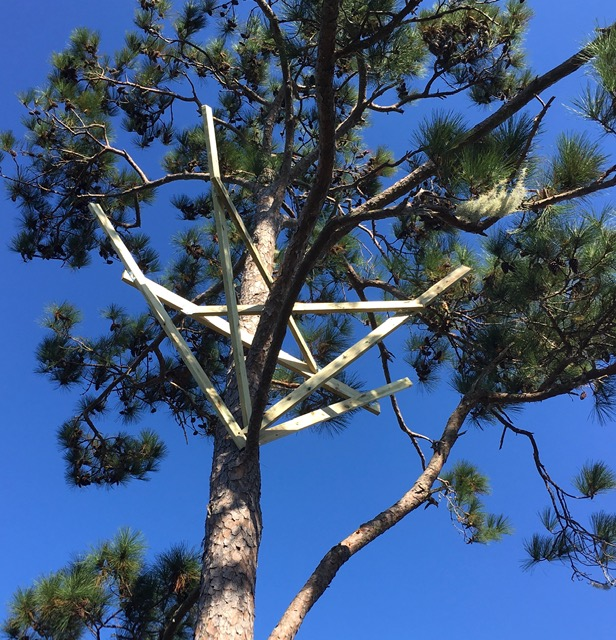 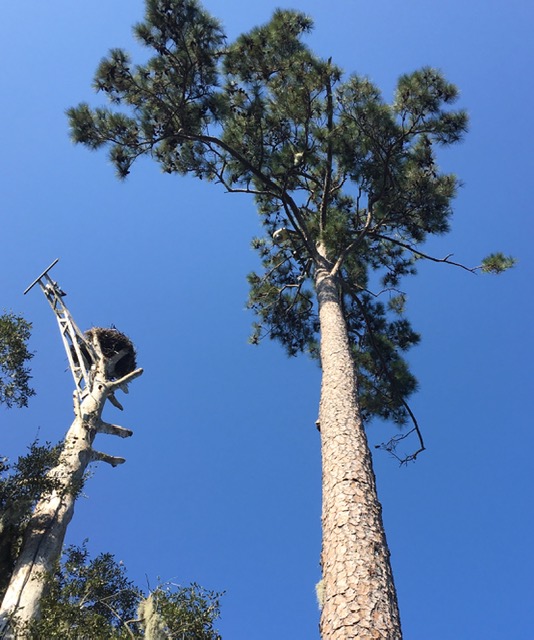 Side view of Tree

This article was originally published by The Landings Association on their website. Visit landings.org to read the original article. https://landings.org/news/2019/10/18/landings-bird-cam-update