Staff, in conjunction with the R3 Committee, held stakeholder meetings on September 17 at 2 p.m. and September 19 at 9 a.m. to discuss the future of the Association Recycling Center. Thirteen people attended on Tuesday and 9 people attended on Thursday to hear the study results and recommendations of the R3 Committee. Board review and action is scheduled for the regular monthly meeting on Tuesday afternoon. 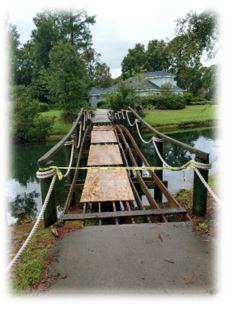 On Wednesday, inhouse staff began the demolition and repair of the community path bridge that connects Tanaquay Court to Pine Shadow Court. After an inspection of the bridge, staff determined that most of the deck boards were deteriorated beyond repair, requiring a full replacement to address the safety and rideability concerns. Barring any further weather delays, the bridge will be reopened by the end of the day on Friday.

Next week, Southeast Pipe is scheduled to begin the repair of the storm drainpipe in the Village near Lake Street and  Wells Fargo. As a reminder, this repair is included within this year’s capital program and was approved by the Public Works Committee, Finance Committee and Board of Directors in August. 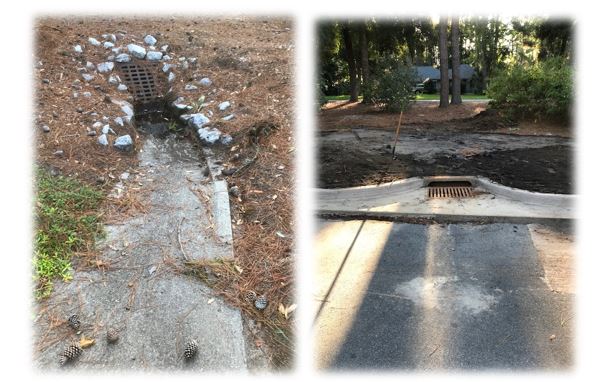 Annual Street Resurfacing Program
Following the engineer’s inspection of the street work completed thus far for the 2019 resurfacing program contract, Thomas & Hutton prepared a punchlist of items to be performed by the contractor before the program is completed. Next week, Bennett Paving will re-mill and apply a new surface layer on Franklin Creek Road South as part of the punchlist. This work was recommended by our engineers to address smoothness of the surface, impacting the rideability of the roadway.  Barring any complications, the work will be completed by September 27. Punchlist items are corrections in the contract work, completed at the contractor’s expense. During this time, Bennett Paving will also repave Canticle Lane.  Communications have been placed in residential mail tubes and will be sent via e-bulletin throughout the project.

This article was originally published by The Landings Association on their website. Visit landings.org to read the original article. https://landings.org/news/2019/09/20/public-worksworking-you