Deer Control in The Landings

Deer Control in The Landings 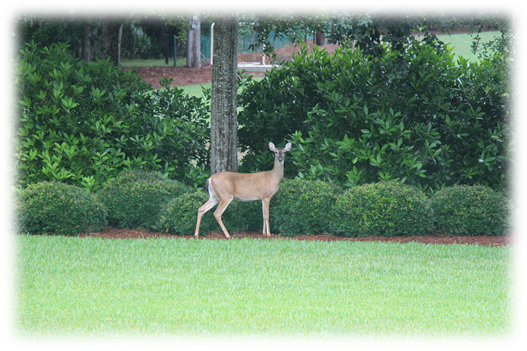 Deer control is an issue that many regions throughout the country deal with and The Landings is no exception. The Landings Association led the way in urban deer management in the State of Georgia by receiving a favorable decision by the State Supreme Court to manage the increasing deer population. Since 1994, The Landings has participated in a deer control program regulated by the United States Department of Agriculture (USDA). This program includes a contract with the USDA where the herd is culled during nighttime activities by a USDA wildlife biologist.

Below is a list of important information about the deer population and deer control program:

Although the deer program is a sensitive issue for some, there are a multitude benefits to our management program. The current program helps prevent vehicular accidents, reduces the risk of disease and health issues in the herd, helps control parasites such as deer ticks that carry lime disease, and limits the damage to landscaping and the ecosystem. Before the initiation of the program at The Landings, habitat studies revealed that there was very little to no natural regeneration of edible plant species on the island because of the deer.

In addition to its preventive aspects, the program also provides food for local shelters and food banks within the Savannah area. After health checks are performed on the culled deer (to rule out disease), the deer meat is processed and donated to local food banks. Since the program’s inception, more than 70 tons of venison have been donated through the Landings’ program.

This article was originally published by The Landings Association on their website. Visit landings.org to read the original article. https://landings.org/news/2019/08/15/deer-control-landings