We typically think of outdoor education in terms of learning new skills, such as building a campfire or tying a fishing knot. Time spent outdoors, however, also has a way of instilling important personal attributes such as patience and perseverance, not to mention discovering how working together can make a big difference.

These life lessons all came into play recently when more than two dozen youngsters attending SAFE Shelter’s Camp R.O.C.K (Recognizing Our Children’s Kreativity) joined volunteers from the Skidaway Island Chapter of the Coastal Conservation Association (CCA) at the Kids’ Fishing Lagoon for a morning of fishing. Camp R.O.C.K. is an eight-week, day camp for children staying in the shelter that combines education and summer fun.

After a quick orientation, CCA volunteers teamed up with a camper or two and spread out along the bank of the lagoon, everyone hoping to catch a few bluegills. Most of these youngsters were new anglers, so learning to cast and working up the courage to hook on a worm (yuck!) were the starting points for most everyone. One of our volunteers, David Goslin, recounted his experience.

David was teamed up with a young girl named Kennedy who, with a little coaching, learned to cast with her Zebco rod-and-reel. When she forgot to release the reel’s button from time-to-time, she’d turn to David and say, “I failed.” But she kept at it. 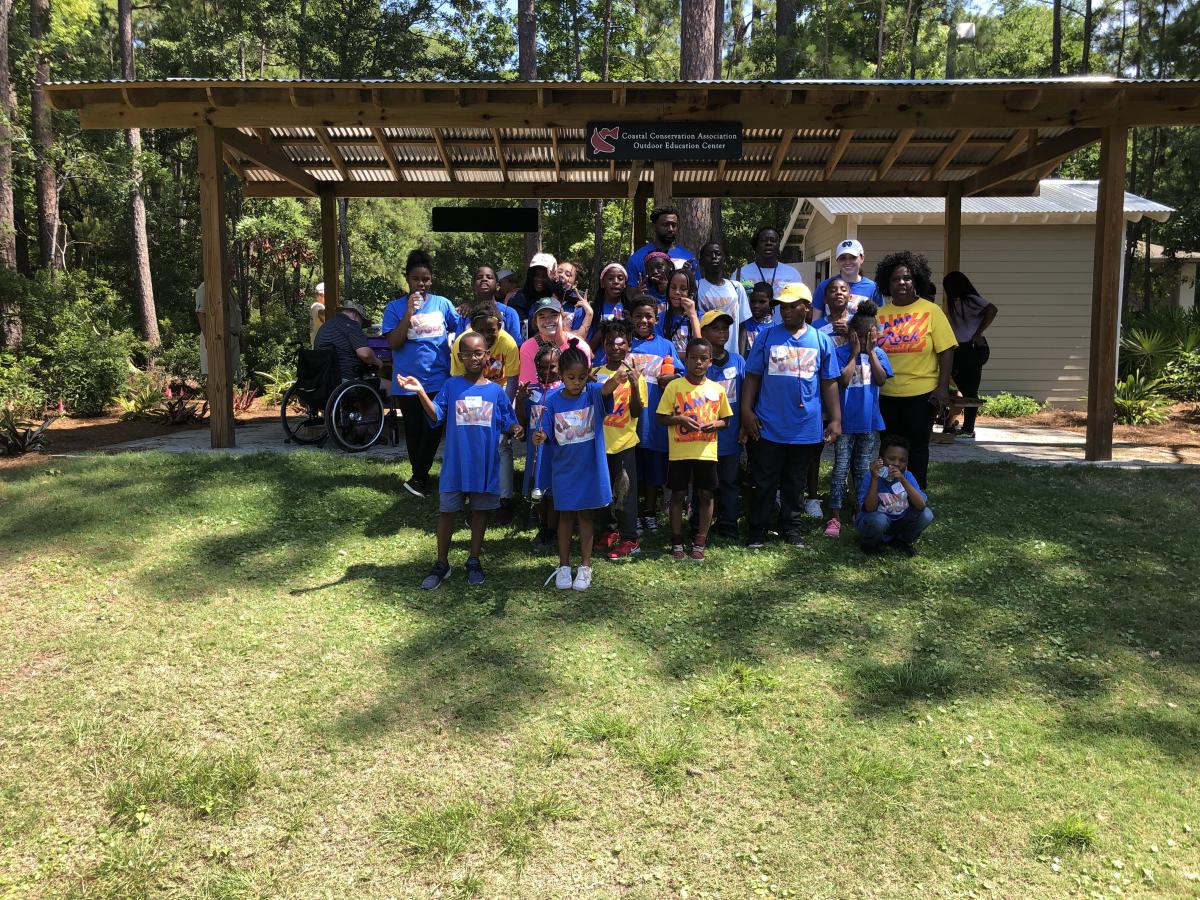 It was a hot morning, and the fishing was somewhat slow. Kennedy had not yet caught a fish. She would, however, run over to other kids and look at and admire the fish they caught. As the morning wore on, Kennedy (pictured in this photo in the front row, second from left) became increasingly disappointed. But she kept at it. “Around 11 a.m., I heard the counselor say it was time to go,” recalls David.

Kennedy was now down to her last cast. It was a good one, and almost immediately the bobber went down, and Kennedy reeled in a nice bluegill. Her first fish, and the last one to be caught that morning. Her counselor said to her, “See what happens when you don’t give up!”

Kennedy ran back to where the other campers had gathered with her rod in one hand and the fish still on the line in the other and a big grin on her face. No doubt it was a highlight reel moment for her. As for David? Well, he got a big hug.

Mother Nature can be a tough taskmistress. When we attain our goal in the out-of-doors, it is a true and honest achievement and, to top it off, an experience of value for all involved.

We thank our friends at the Oakridge Fire Station for taking the time to show the campers around the fire house and fire engines before they returned to camp.

This article was originally published by The Landings Association on their website. Visit landings.org to read the original article. https://landings.org/news/2019/07/30/one-last-cast-cca-volunteers-and-camp-rock-youngsters-learn-lessons-fishing-outing