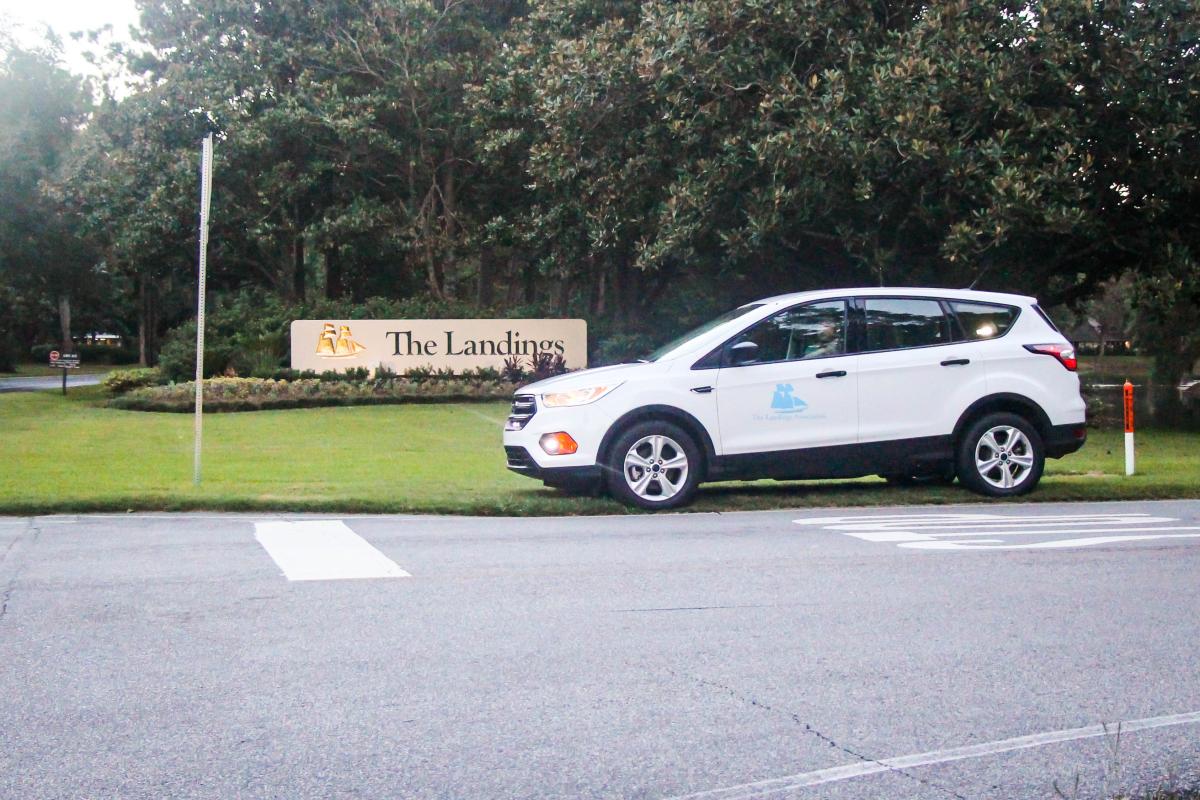 The day in the life of a Landings Security Officer can be unpredictable. One moment you are greeting a guest at one of the access gates, and the next you are escorting an ambulance to the scene of a medical emergency.

Although all jobs performed by Security are serious business and treated as such by staff, Emergency Medical Service (EMS) support ranks high on the department’s list of important tasks, according to 2nd Shift Security Supervisor Chad Bundy.

“EMS support is a primary emphasis of Security,” he said. “In fact, I would go as far as to say it is priority number one.”

As soon as an emergency call comes across the emergency pager from Chatham Emergency Services (CES), Landings Security springs into action.

“We immediately dispatch one-to-two officers to the location of the emergency and one patrol officer to the best location to escort police/EMS to the scene,” Bundy said. “The Landings has many streets that often can be confusing to those who don’t travel them daily as we do. From the time we get the call, it takes us several minutes to get to the scene. Throughout the entire process, we are communicating with EMS officials and our hub, the Main Gate.”

It is important that Landings Security report immediately to the scene of the emergency because they are carrying an Automated External Defibrillator (AED) that First Responders (many of whom are resident volunteers) or an officer can begin using on the victim. Landings Security is open around the clock (24-hours a day, every day) so it is important that officers are well-trained. Each Landings Security officer is current in CPR Training, which is renewed every two years. Many of the officers, depending on their positions, also hold certifications in communications, management, emergency driving, and more.

“In an emergency, time is critical,” Bundy added. “First, we arrive, followed by First Responders, Chatham Emergency Services, and the EMS Unit. The EMS Unit has officials who are authorized to make the decision as to whether the patient should be transported to a medical facility.”

Although it often is difficult to witness an emergency unfold in the community in which you live, Bundy said every resident can help.

“If you see an active emergency, please be courteous and give the right-of-way to the responding units,” he said. “Additionally, I know that it is human nature to want to know what is going on. But if you see Landings Security on a scene, please don’t interrupt them to ask questions. Although it may seem they are just standing and have a few minutes to spare, they are keeping the area clear so that we can get those emergency crews out as quickly as possible. Also, HIPPA Laws prohibit Security from releasing someone else’s medical information.”

Bundy reminds Landings residents always to call 355-6688 in a fire or medical emergency situation, and to call 911 only in the case of a police emergency.

“We have a system set up to support you,” he said. “By calling 355-6688, you are activating that system. The idea is to get you the help you need as quickly as possible, and when you call 911 in fire and medical emergencies, you are delaying that help. Help us help you by calling the correct number so we can get to you as quickly as we can.”

This article was originally published by The Landings Association on their website. Visit landings.org to read the original article. https://landings.org/news/2019/07/01/landings-security-talks-emergency-support