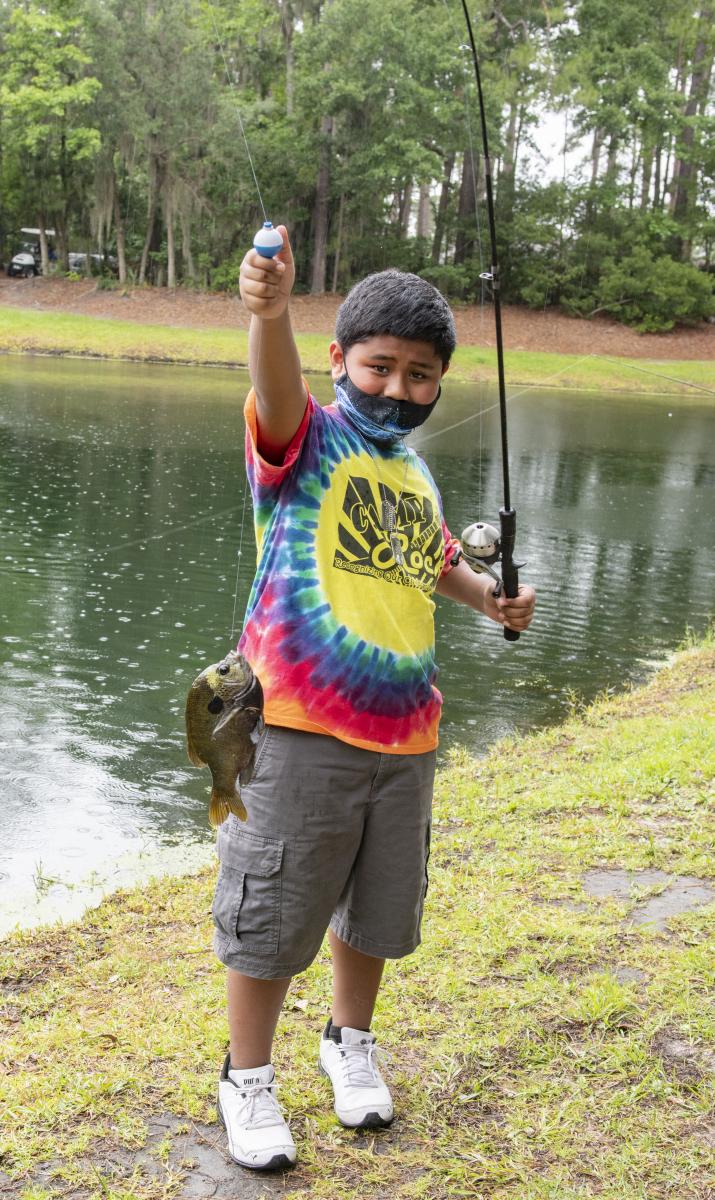 Rain showers could not dampen the spirits of youngsters attending SAFE Shelter’s Camp R.O.C.K. (Recognizing Our Children’s Kreativity) and their counselors who recently joined volunteers from the Skidaway Chapter of the Coastal Conservation Association (CCA) at the 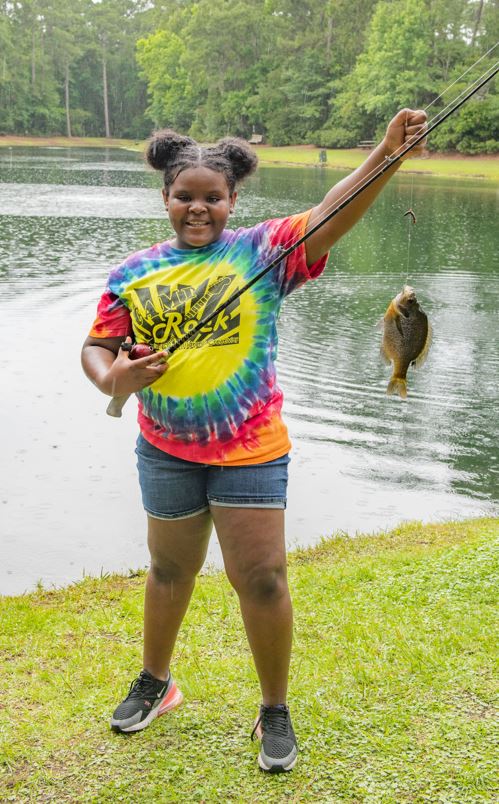 Kids’ Lagoon for a morning of fishing fun.

After a quick orientation, CCA volunteers teamed up with a camper or two and spread out along the bank of the lagoon, everyone hoping to catch a few bluegills. Most of these youngsters were new anglers, so learning to cast and hook on a worm were challenges that had to be mastered.

“The event began a little slow with the fish rejecting nightcrawlers, wax worms, and red wrigglers,” noted Skidaway CCA chapter president, Dave Devore. “Someone suggested dough balls, and then the bite was on.”

By the end of the morning session every camper had caught several fish and, for several of these novice anglers, it was a first-time experience! 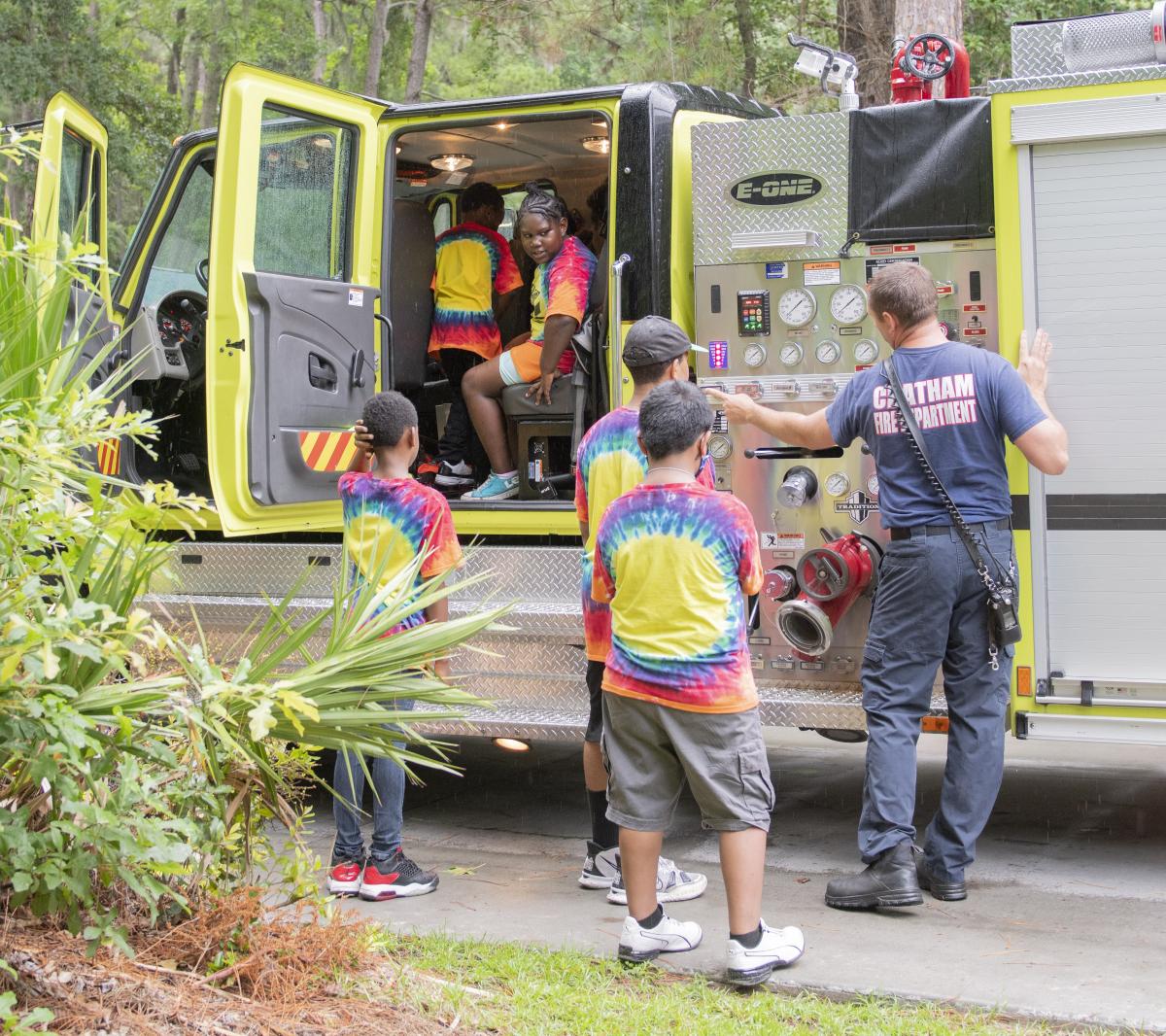 We thank our friends at the Oakridge Fire Station for taking the time to show the campers around the firehouse and giving them the opportunity to inspect the ladder truck and turn on the lights and siren.

This article was originally published by The Landings Association on their website. Visit landings.org to read the original article. https://landings.org/news/2021/07/13/safe-shelter-rain-or-shine