The Ospreys Have Third Egg

The Ospreys Have Third Egg 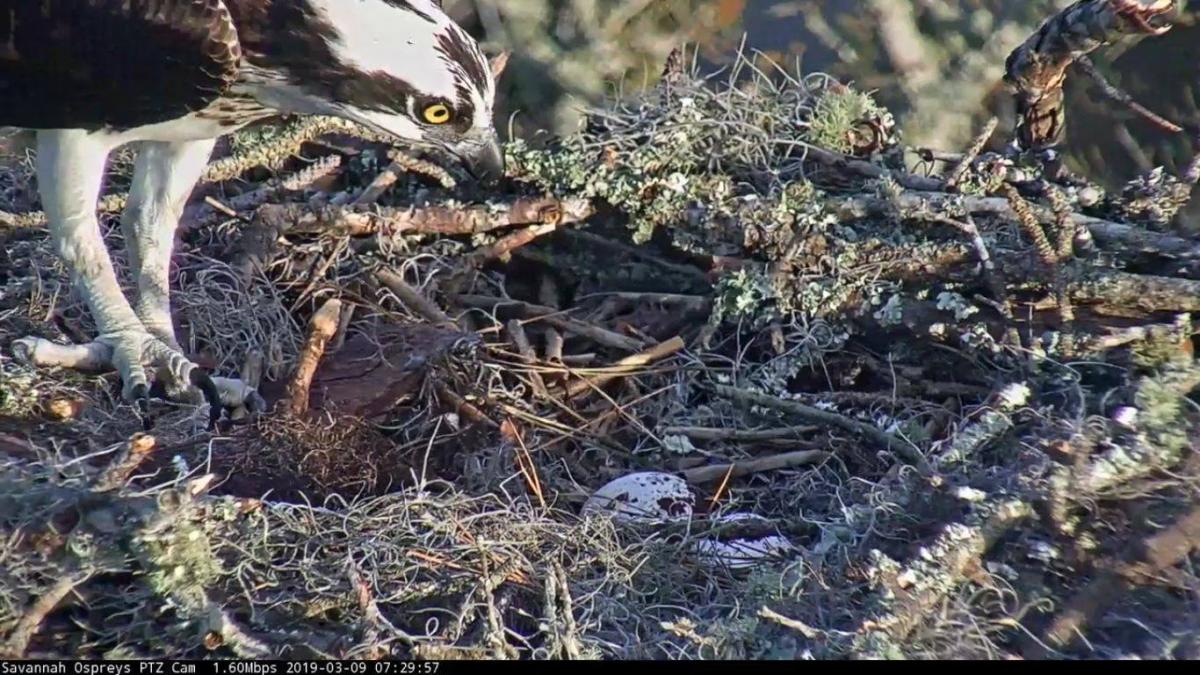 Good news from the Landings Bird Cam project! Our Osprey pair have been restoring the nest for the last couple of months, and the female has now laid a third egg and is sharing incubation duties with the male. You can watch live at landingsbirdcam.com

For those of you who are new to the Landings, this project is a little over 5 years old. The project was conceived by Mal Welch as a Skidaway Audubon gift to all our residents, and by now has been seen by several million viewers from all over the world! Mal and a great team of volunteers, including the crew of the ladder truck from our local fire station, got the cameras mounted above an eagle's nest in July of 2014. I got involved a few months later, constructing a website and recruiting and coordinating some social media volunteers. After repeated lightning strikes, we repaired and replaced some equipment and added lightning protection to the nest in December of 2014, and I found myself the new project lead as Mal was off to begin a number of other projects, including the arduous process of getting our island certified as the first Audugon International Certified Sustainable Community in Georgia in early 2018.

So if you're just tuning in, you'll see that the nest is on top of a completely dead loblolly pine tree. The tree was killed by pine bark beetles, and over the last few years has shed all of it's branches. The nest, which by now weighs well over a thousand pounds, now sits atop what looks like a thick telephone pole. Our plans are to remove the cameras and take the tree down this summer, after the Ospreys are done with the nest for the season. We will construct a new nest in the adjacent tree and mount cameras there in hopes that Eagles, Owls and/or Ospreys will find it just as attractive a place to live. 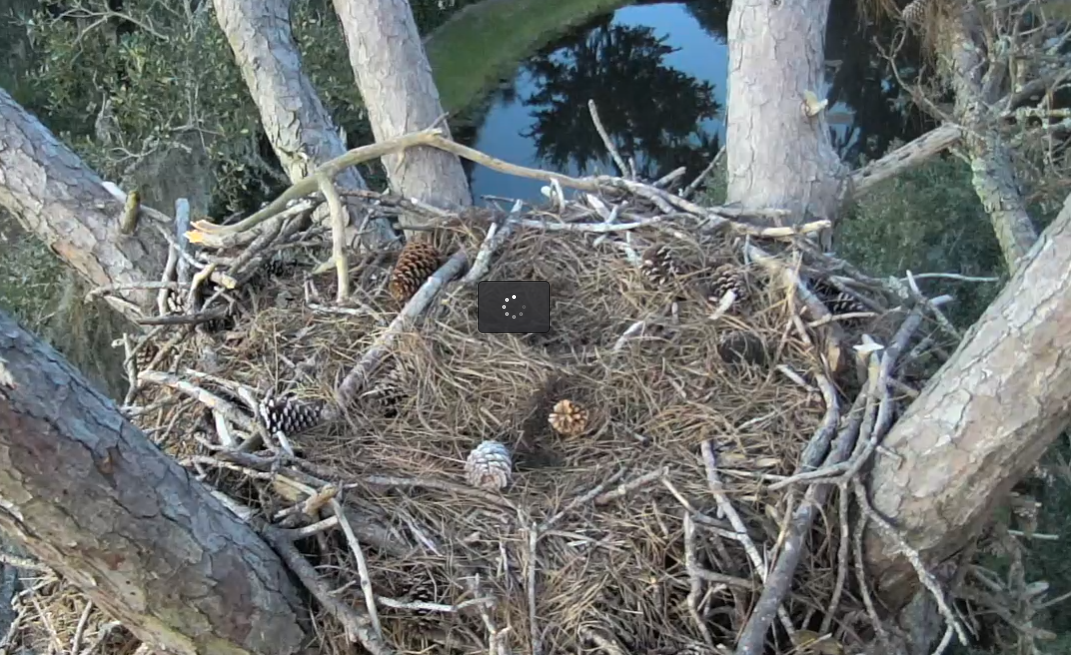 And there's a lot more history on the website - you can scroll down below the video on the site to the very beginning of the project. A couple of interesting posts about our GHOs are these:

A video of our very first pair of owls courting on the nest – he brings food, and eventually she approves his choice of a nest

And one of the favorite pictures was of dad bringing an interesting snack to the family back in 2016! 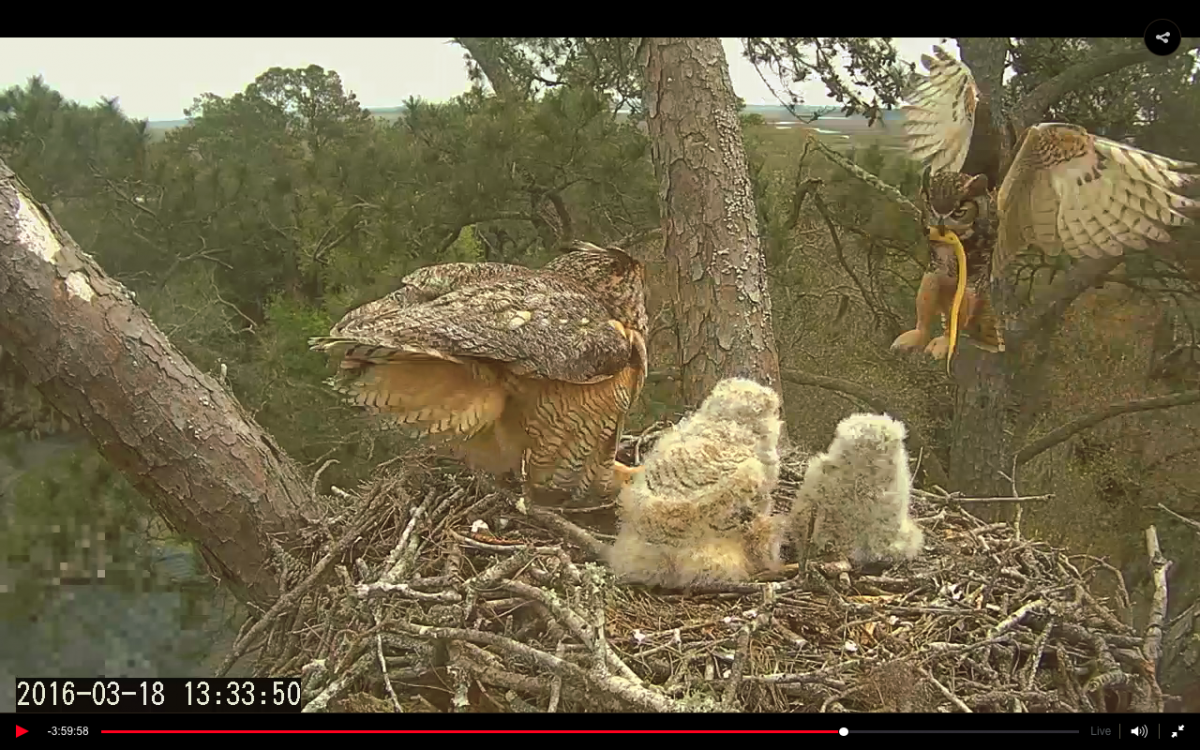 This article was originally published by The Landings Association on their website. Visit landings.org to read the original article. https://landings.org/news/2019/03/15/ospreys-have-third-egg